The 1st phase of digitisation of the AA's historic Lantern Slide Collection has been completed.
The collection is one of the most important surviving holdings of architectural lantern slides in the UK... 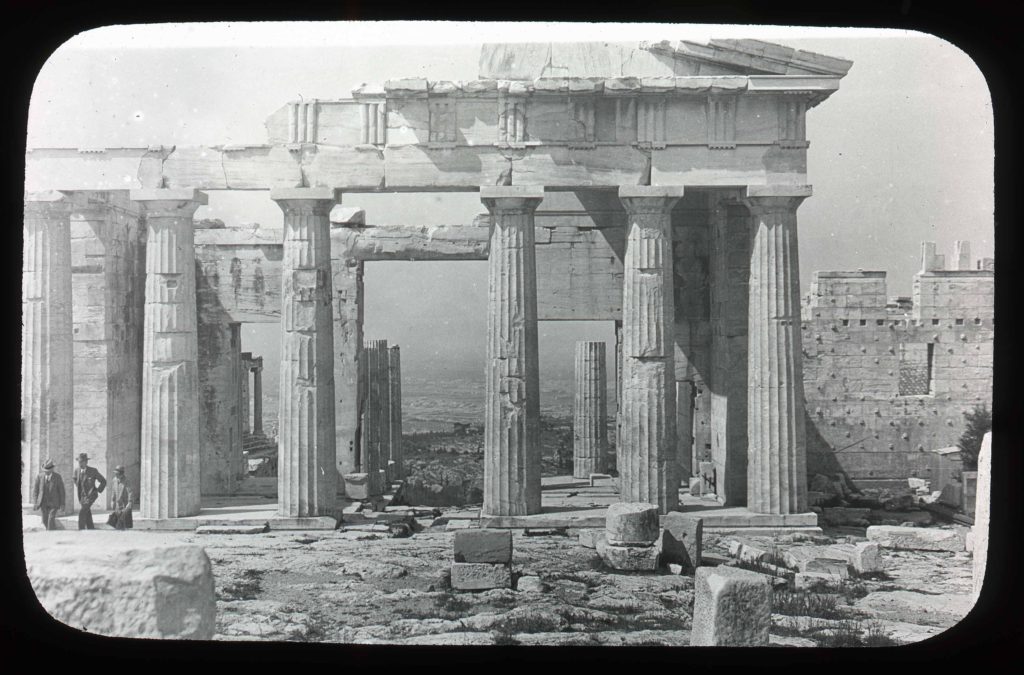 The Archives are pleased to announce the completion of the first phase of digitisation of the historic AA Lantern Slide Collection.

The collection is one of the most important surviving holdings of architectural lantern slides in the UK.  It’s origins lie in the early 1890s but the collection grew dramatically following the AA’s move to Bedford Square in 1917 and by the start of WW2 consisted of c28,000 slides, with a strong emphasis on contemporary European and American architecture.

Whilst the collection was at the heart of teaching at the AA, it also operated as a central hub for the distribution and loan of slides to numerous institutions and architecture schools across the UK- including Cambridge, Birmingham, Aberdeen and, closer to home, The Bartlett, the LCC School of Building and the Courtauld Institute. It is especially significant that the collection’s original order and classification system (invented in 1923 by the AA’s Principal and a handful of tutors) has also survived intact and serves to reveal the intellectual framework, biases and and categorisation behind the construction (and transmission) of a British inter-war architectural canon. Likewise, the provenance records embedded in the collection provide a wealth of information on the network of professional photographers, architects, artists, archaeologists, students and travellers engaged in architectural photography or slide collecting during this period. 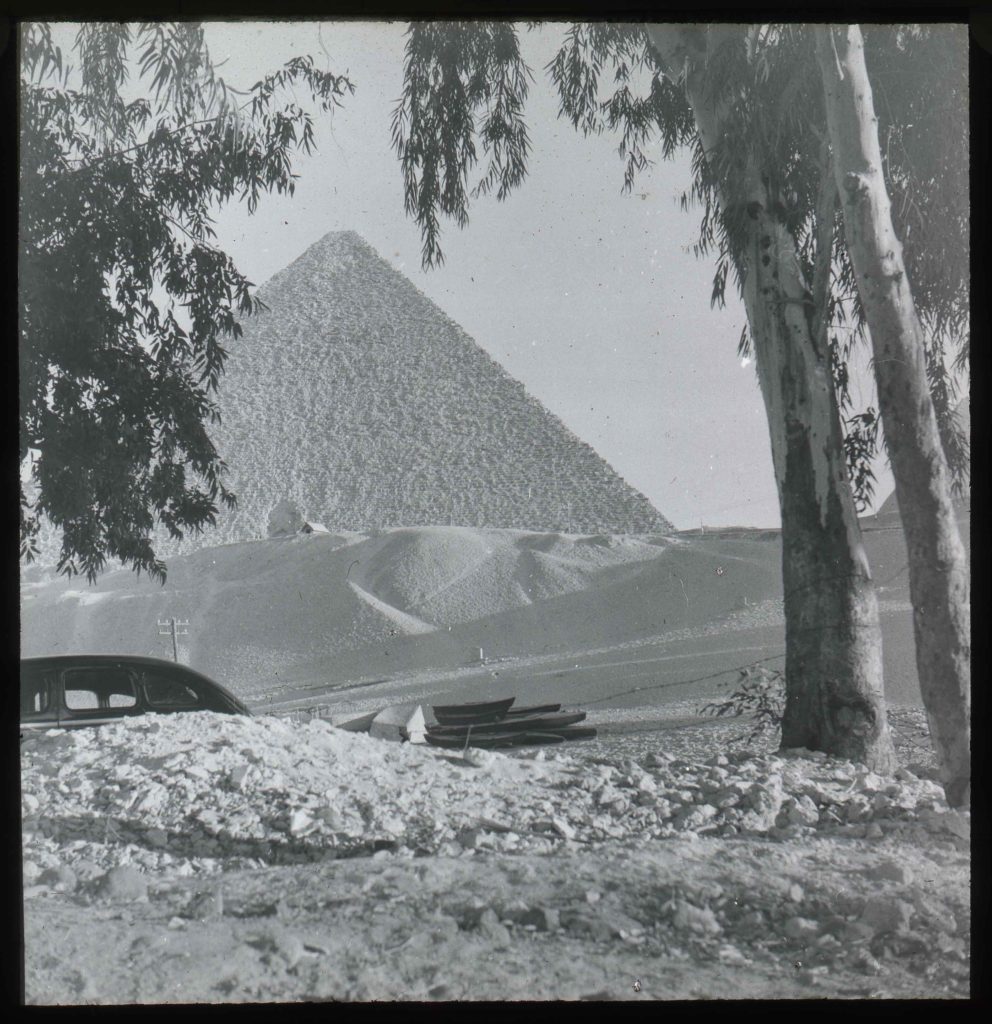 In the post-war years, the lantern slide collection was gradually discontinued and was supplanted in the mid 1950s by a new image library which was built up in the 35mm format, leaving the lantern slides to gather dust…

In 2019 the Archives begun the process of making this remarkable collection fully accessible once more to researchers. A team of volunteers started cleaning, re-housing and digitising the collection and over the last 12 months Lexi Frost has been in charge of overseeing the completion of the first phase of the project. Working alongside Lexi, Anna Dwyer has spend countless hours scanning, researching and cataloguing – together with wonderful volunteers, including Christopher Woodward, Jane Dunnett, Annabel Downes, Hlib Velyhorskyi Nuttha Isaraphithakkul, Minkyung Seo and Milena Michalski.

This initial batch of slides reflects the broadly chronological structure of the collection and is thus dominated by early photographs of the monuments and architecture of Ancient Egypt and Greece – reflecting, of course, the narrow, almost entirely Western centric view of architectural history at the time. Indeed, whilst the slides are now being re-catalogued, the original order, inter-war categorisation, toponymy and terminology is also being preserved alongside, as evidence of the linguistic and classification structure underpinning the collection. 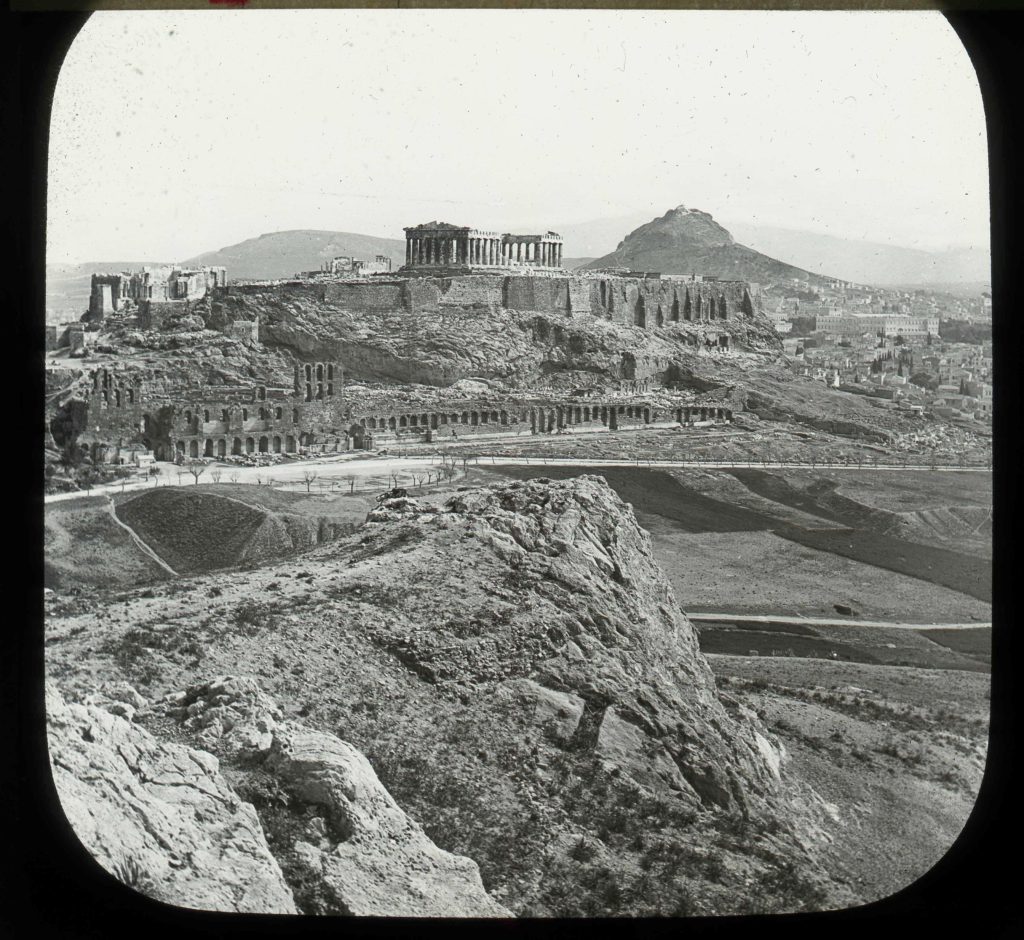 The images will be available shortly via the AA Archives catalogue and we will also be sharing a selection over the coming weeks via the Archives’ Instagram account. 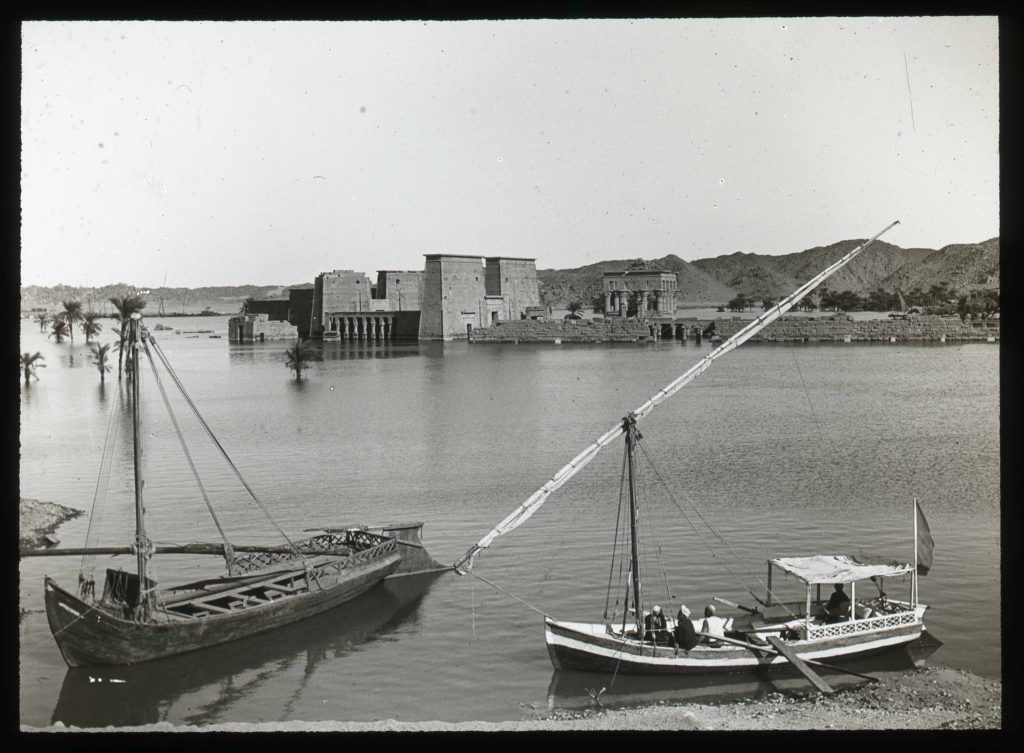 View of the Acropolis, Athens, from the South, Hugh Stannus, 1900s