Earlier this year Dargan Bullivant (1925-2021) presented the AA Archives with his entire collection of AA student work from the late 1940s. It is one of the most complete set of portfolios we have from this key period in the AA’s history... 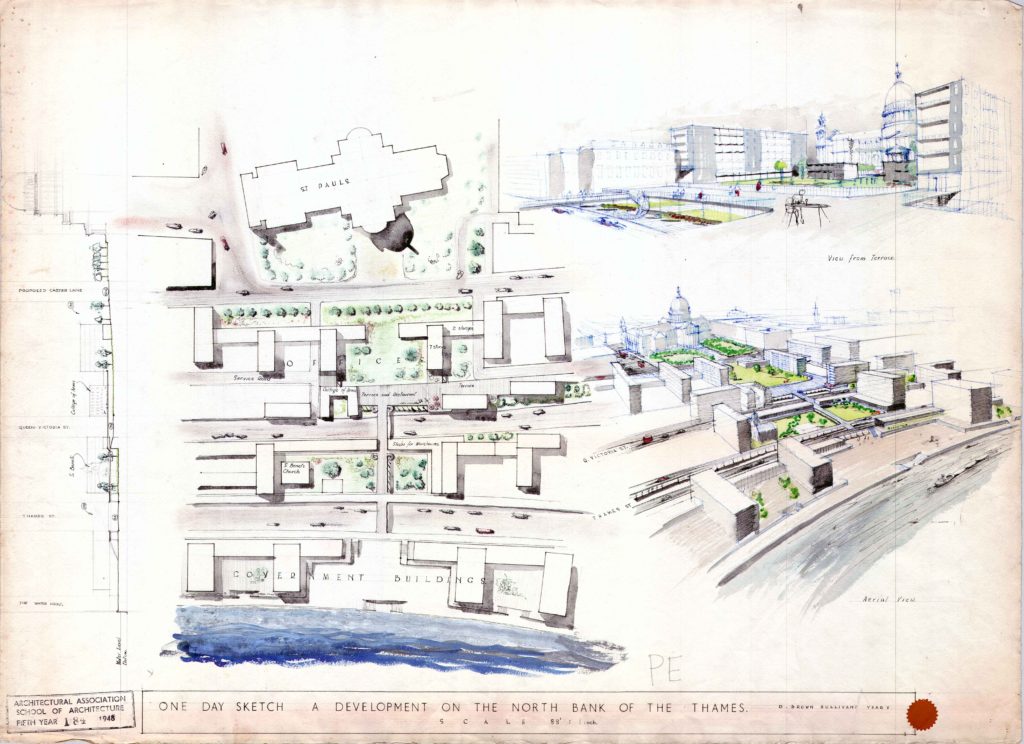 The AA Archives are pleased to announce a major new addition to our collections. Earlier this year Dargan Bullivant (1925-2021)  presented us with his entire AA student work from 1947/8 to 1948/49. It is one of the most complete set of portfolios we have from this key period in the AA’s history, containing not only full syllabus details but individual briefs, research notes, prelim sketches and completed projects. Due to the pandemic, cataloguing and scanning of the material is ongoing but we are intending to make it available online in the coming months.

Dargan studied initially at Birmingham’s School of Art before joining Edinburgh University as part of his Fleet Air Arm war service – and then subsequently entering the AA’s Fourth Year in 1947. As his daughter notes in Dargan’s AJ obituary (April, 2021); “The AA … had no interest in the Beaux-Arts, only in the emerging modern approach applied to student hostels, theatres, holiday camps, the north bank of the Thames, and health centres.” 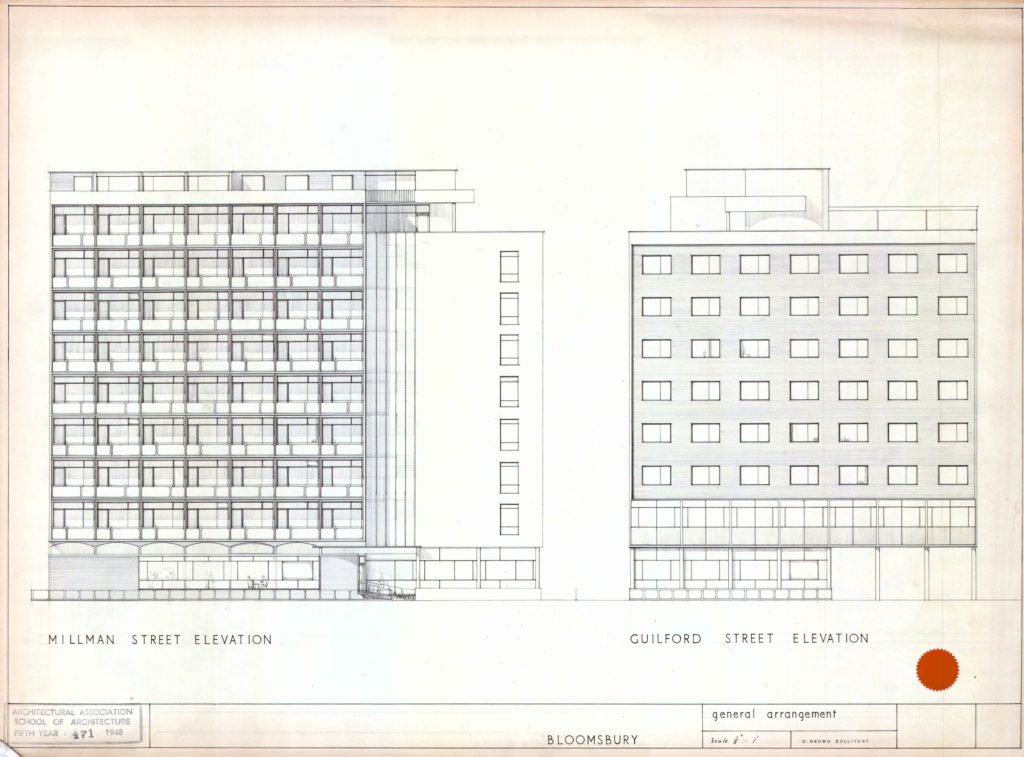 Dargan was a key member of a ‘golden generation’ at the AA, his contemporaries including, amongst others, Ken Frampton, Neave Brown,  Denise Scott-Brown, Alan Colquhoun, Patrick Hodgkinson and John Miller.

After graduating, Dargan joined the Ministry of Education where he became one of the founding members of the hugely influential Ministry of Education Development Group, alongside Mary and David Medd – a group dedicated to the research and design for the new, post-war schools programme. Dargan also developed a specialism in information systems for the architectural profession, formulating the widely used SfB classification system. In 1958 he was appointed Director of Research and Development for Chamberlin Powell & Bon, where he produced a report on the 1st phase of the Barbican development and also the University of Leeds Development Plan of 1960. His own consultancy practice, Dargan Bullivant Associates, worked on a wide range of projects including the Barbour Index, the principal supplier of technical and manufacturers’ product data to the construction industry. On his ‘retirement’ in 1992, Dargan set up ‘Odysseus Cruising’, a gulet holiday firm which he operated along the Turkish coast. 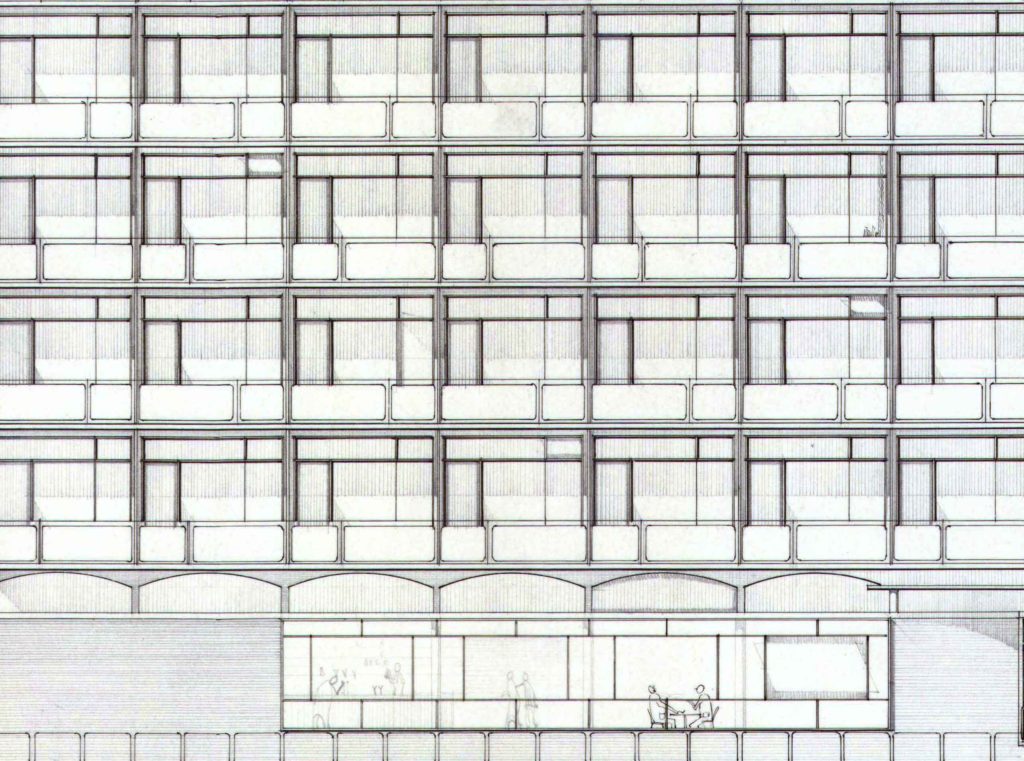