On Wednesday 1 July 1936, a group of nearly 200 members of the AA and the DIA visited the new liner, the SS Orion, moored at Tilbury... 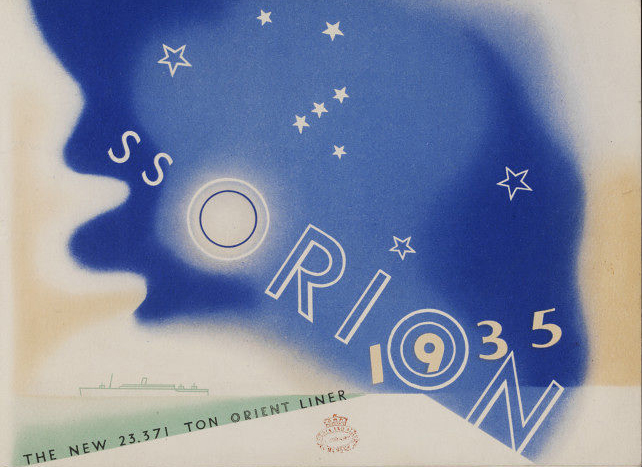 On Wednesday 1 July 1936, a group of nearly 200 members of the AA and the DIA (Design and Industries Association) visited the new liner, the SS Orion, moored at Tilbury. After a very good lunch in the First Class dining saloon on board, Mr M. L. Anderson, Chairman of the DIA, gave a toast in which ‘he said that though the Orion was not the most recent ship she was still the best, and he took the opportunity to congratulate the Orient Line and Mr Brian O’Rorke who was responsible for carrying out the whole of the decoration of the ship’ (‘Visit to S.S. Orion’, Architectural Association Journal, July 1936, p.42).

Many visitors that day commented on how well the ship was wearing as she had already done three voyages to Australia and several cruises during her first year of existence. They said it showed how this represented the qualities of modern design, modern materials, and modern craftsmanship.

The First class dining saloon where the visitors had lunch was lined simply in beige and brown sycamore panelling, with powder blue leather seats and blue and cream curtains, and aquamarine glass sea horse wall lights and a mirror engraved to a design by E. McKnight Kauffer of the figure of Orion. Although seen as successful, some critics pointed out that O’Rorke’s spare undecorated style lent itself more to the less lavish tourist class spaces. William Tatton Brown writing in the Architectural Review in 1935 wrote that here ‘The architect has been less anxious to provide the passengers with their money’s worth and the result is something fresh, full of vitality and delight’. The ship’s design was significant as it was the first time a single architect had designed the passenger’s accommodation, bringing a unity to the overall design. It was also seen as opening up a new field of design for architects.

Brian O’Rorke RA (1901-74) was born in New Zealand and studied at Cambridge and then at the AA from 1923-28. He won the 5th year AA Travelling studentship in 1928, which was £50, equivalent to nearly £3000 today. He was commissioned by the Orient Line to design the interior of the Orion in 1934, followed by a sister ship, the Orcades, as well as several others. His buildings include the Berkeley Hotel, London; The New Royal Observatory (now Herstmonceux Science Centre) in Sussex; Ashcombe Tower, Devon; and the halls of residence at Nottingham University.

Several of O’Rorke’s designs for the interior of the Orion are currently on display in the exhibition ‘Ocean Liners: Speed and Style’ at the V&A, see https://www.vam.ac.uk/ 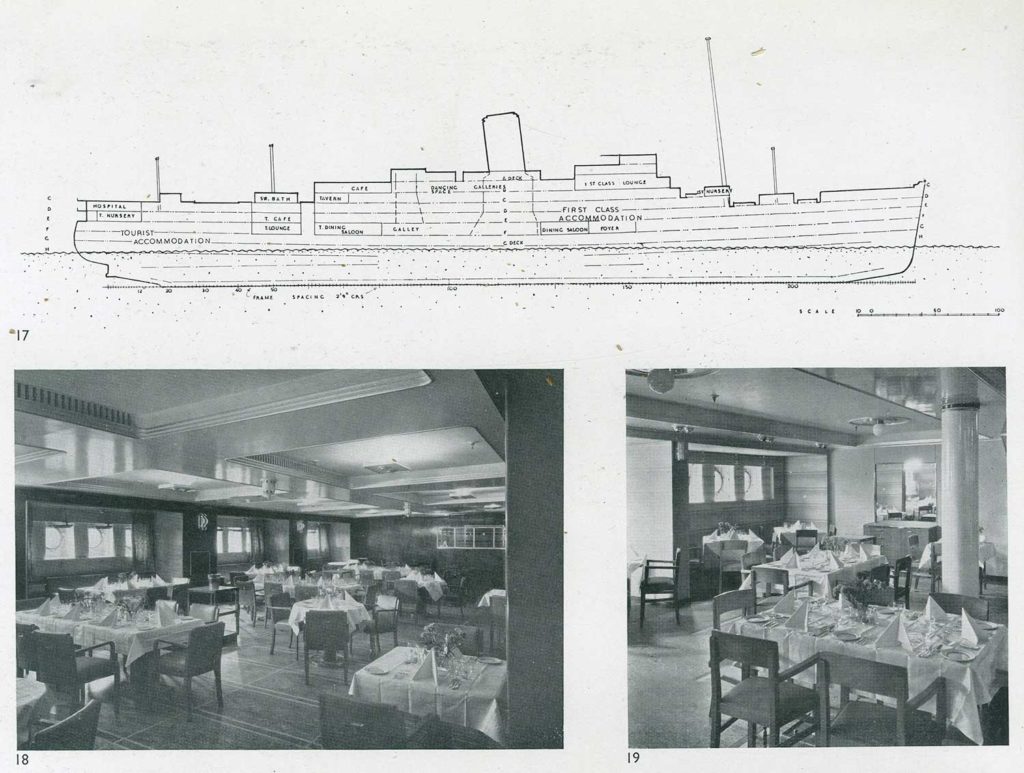 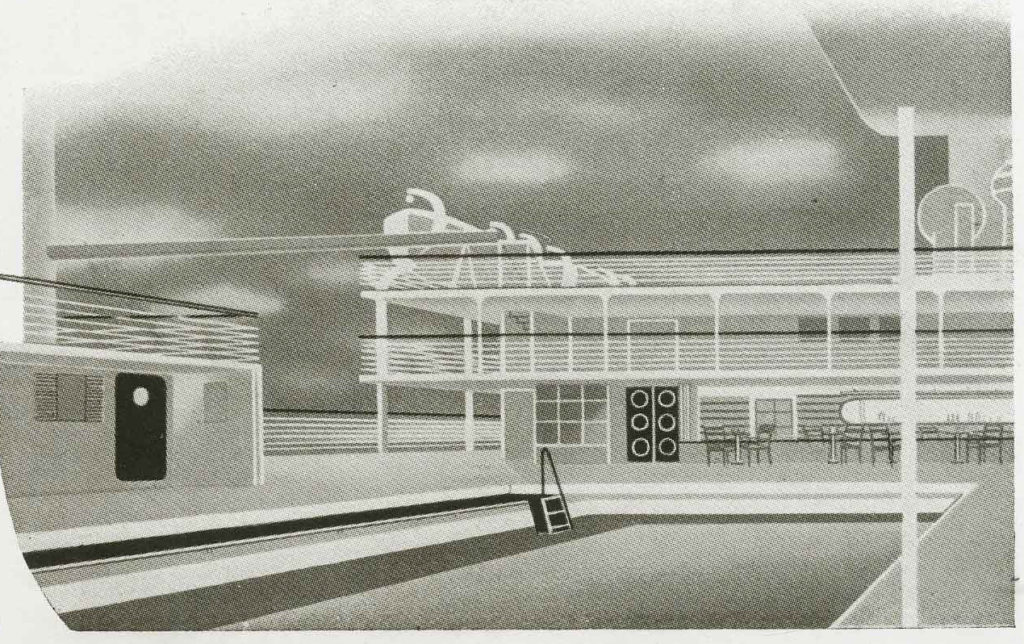 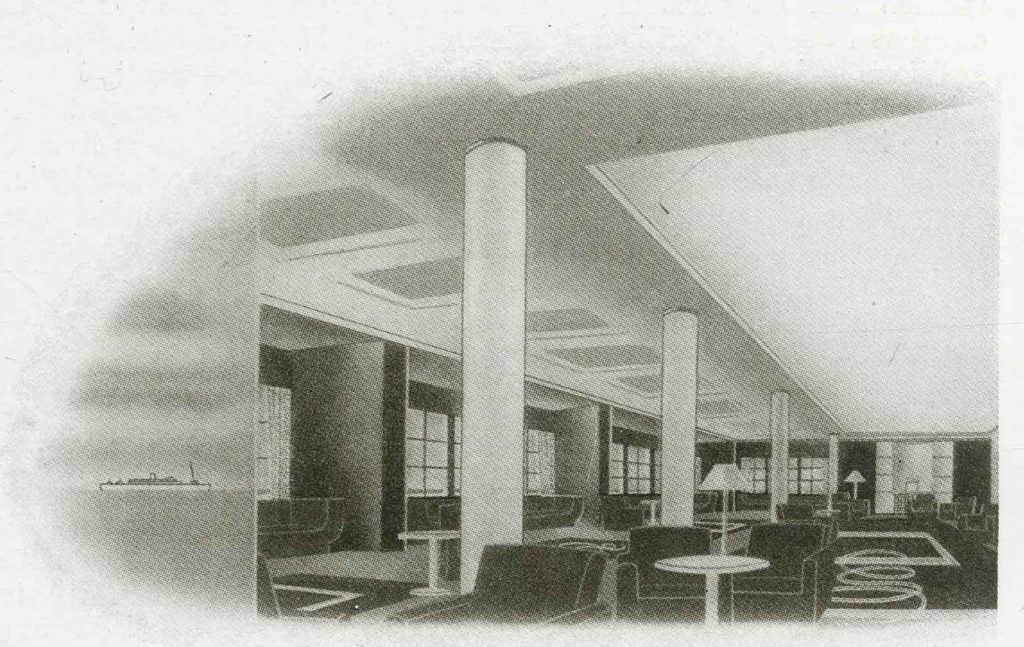 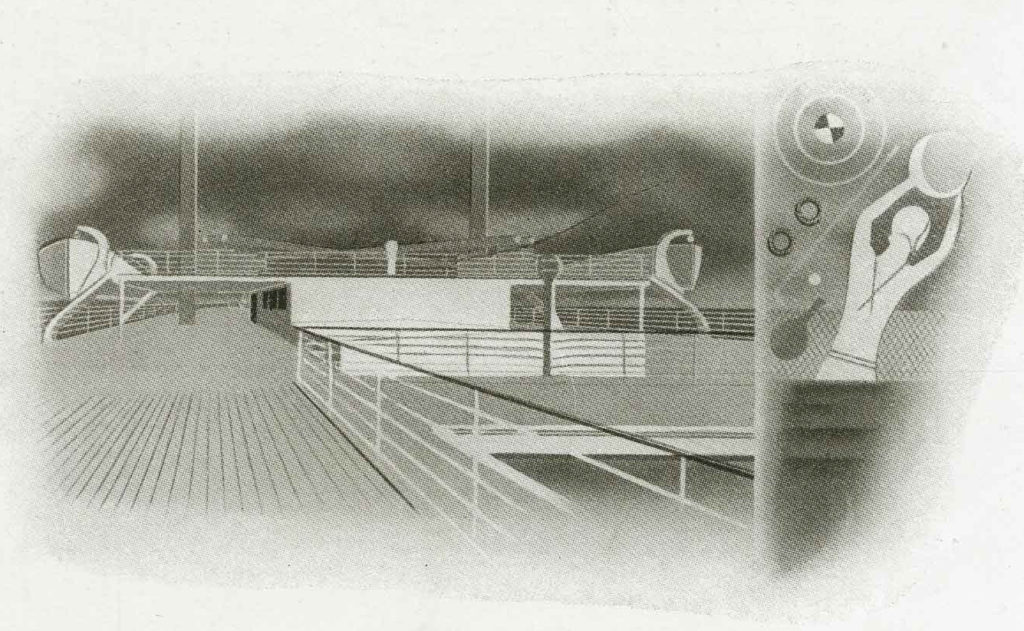 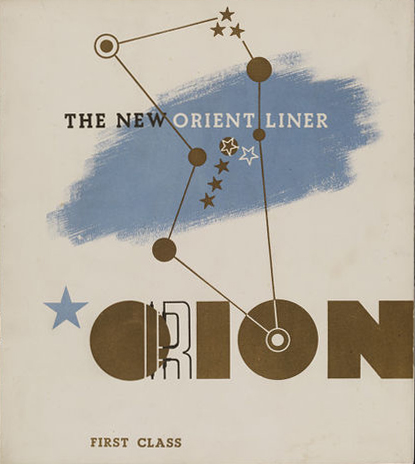