In Peter Cook's words: "it was as an ace airbrush artist that she became a star... Every project has been turned upside down. She invented machines, she parodied gadgets, she parodied the heroic architectural monument..." 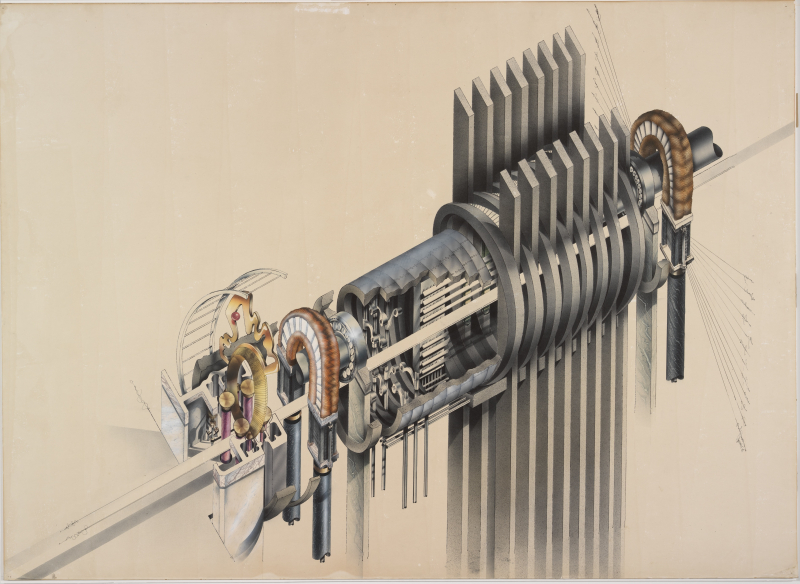 This week we are featuring the work of Jeremie Frank, whose astonishing 1981 AA project ‘Macrophone’ formed a centre-piece in the ‘Drawing Ambience’ exhibition which recently toured in the US. The project stemmed from a brief by Mike Davies, which required students to choose an existing building plan and develop it vertically, retaining the same articulation while expressing an original idea. Jeremie’s response certainly did that… Stemming from her studies in acoustic theory and injection moulding, she proposed a gigantean structure/machine to capture sound and convert it to energy. Modelled on a ribbon microphone, the project was extended to epic proportions, towering 20 stories above (and below) ground…

What is less well documented is that alongside her studies at the AA in the late 1970s, Frank was also a member of experimental post-punk band, The Raincoats.  Some stunning photographs by the renowned music photographer Justin Thomas have recently emerged, showing her performing in full flow at the ‘Crypt Club’ in the basement of the Great Western Royal Hotel, Paddington, in late 1978: 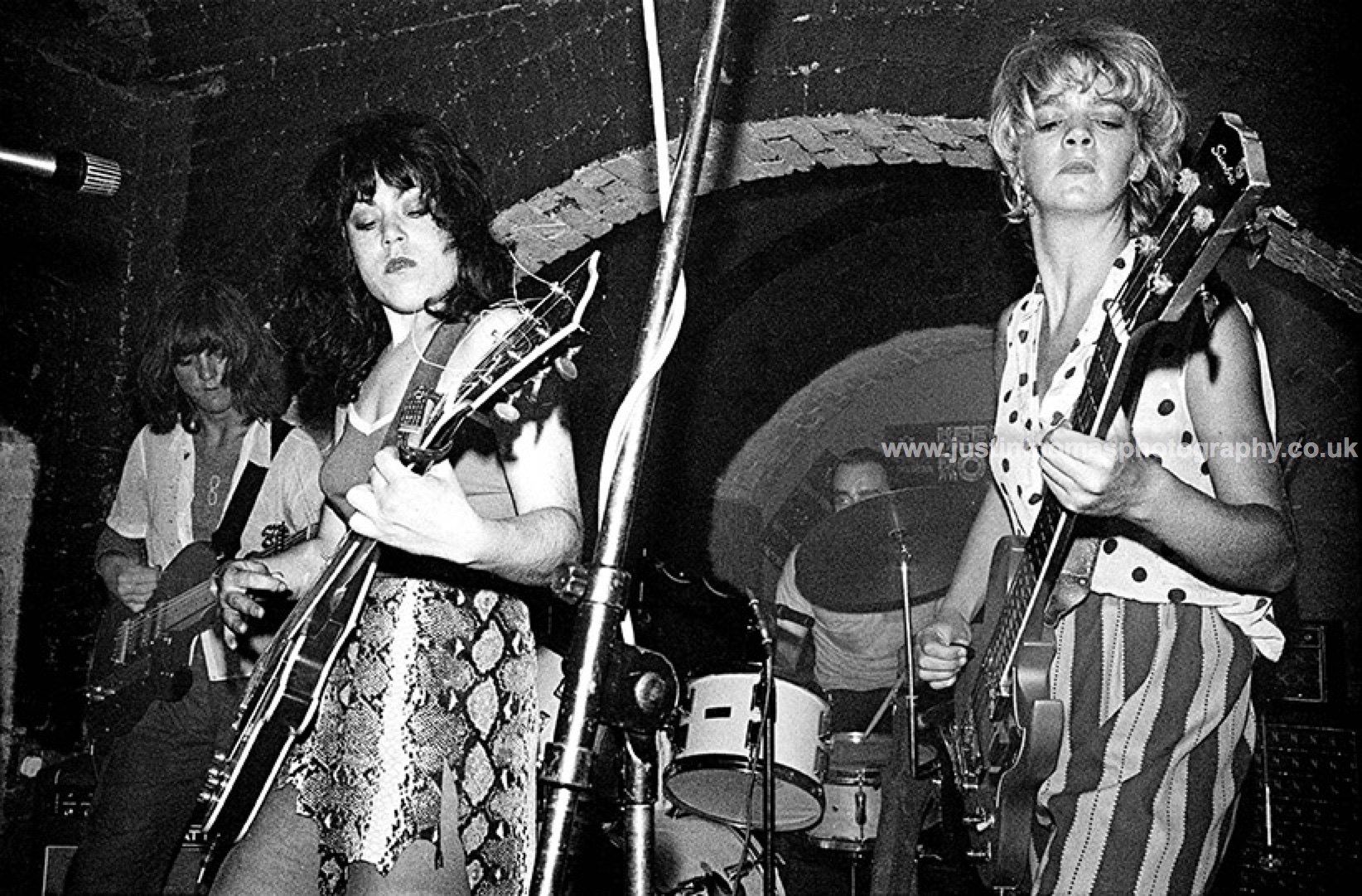 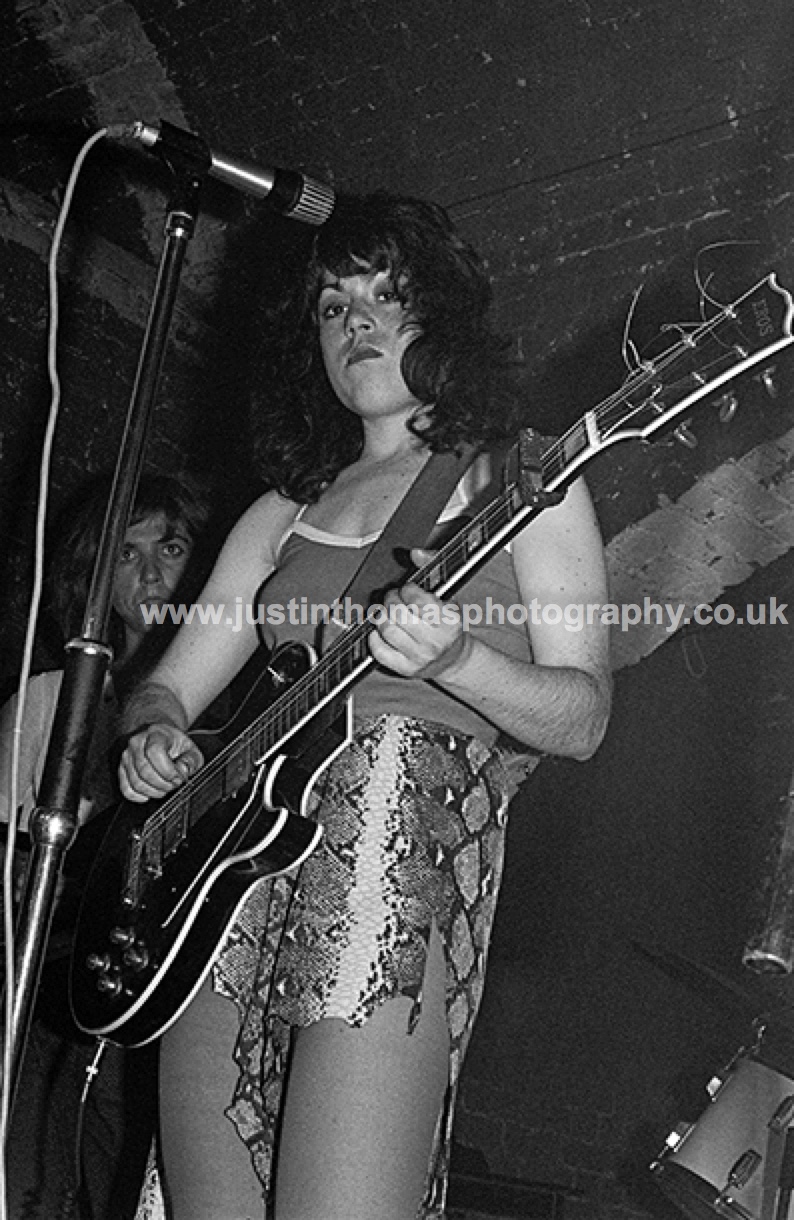 While the influence ‘the Godmothers of Grunge’ in the UK and US has been huge (Kurt Cobain was famously a fan), it is little known that The Raincoats were also the first punk band to play in communist Poland, where they had a huge impact on the nascent punk scene. Tomek Lipinski credits their performance at an arts festival in Warsaw in April 1978 as providing the catalyst for the formation of his own band and for the growth of the whole underground punk scene. Footage of their performance is now online, with Jeremie stage left:

The band travelled 36 hours by train to Warsaw, passing through East Germany and then West and East Berlin, before travelling onto Poland. A quick glance at her 1978 Dip 6 project, ‘Sheared Tower: Checkpoint Charlie’ reveals the impact… 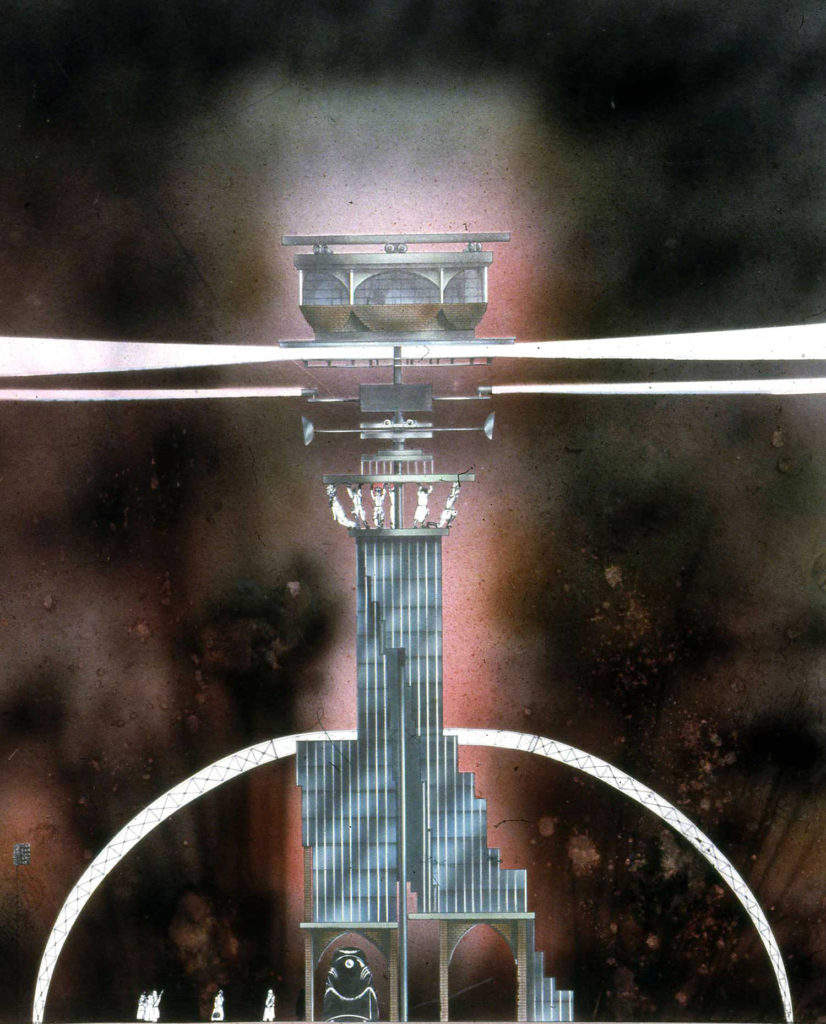 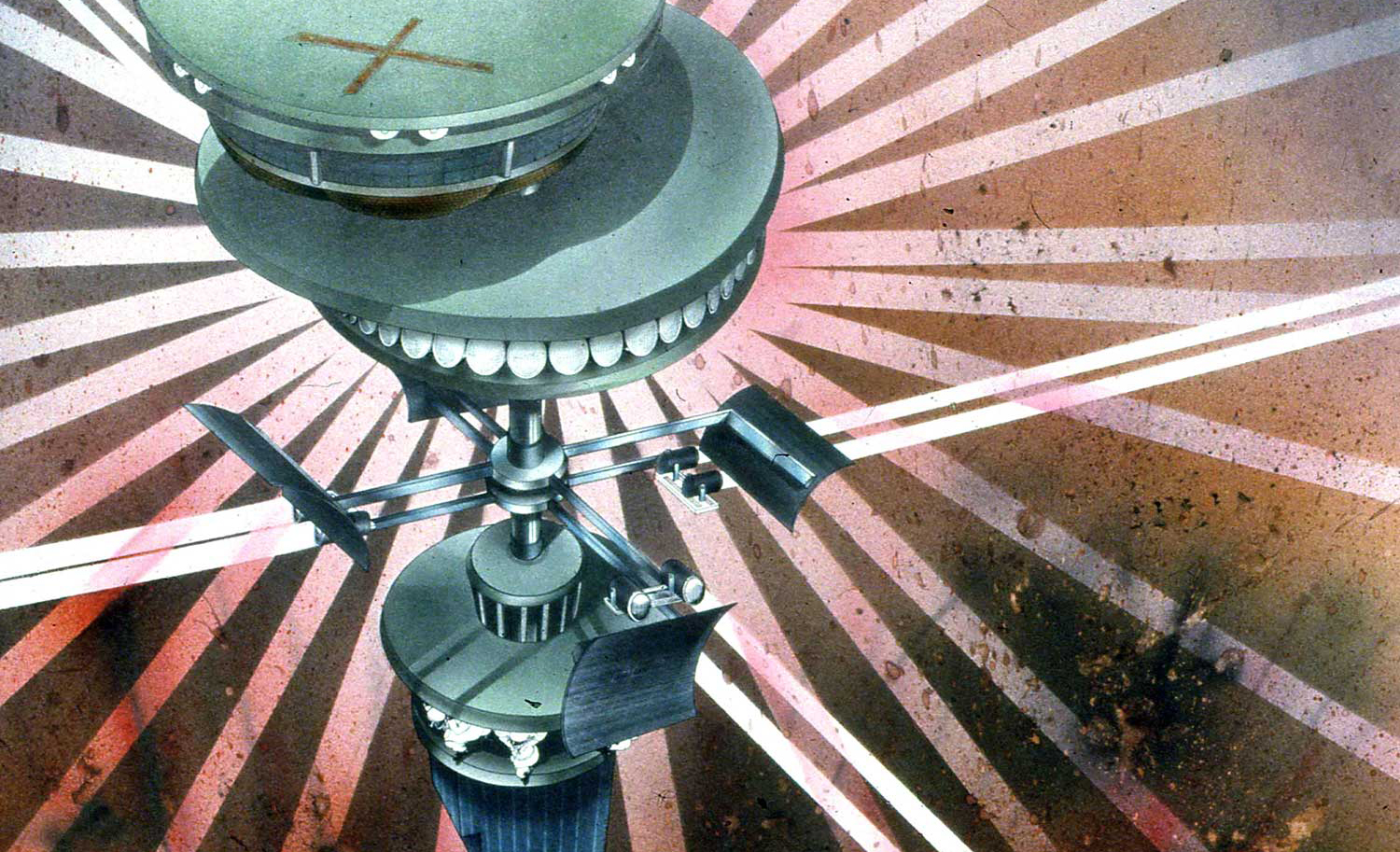 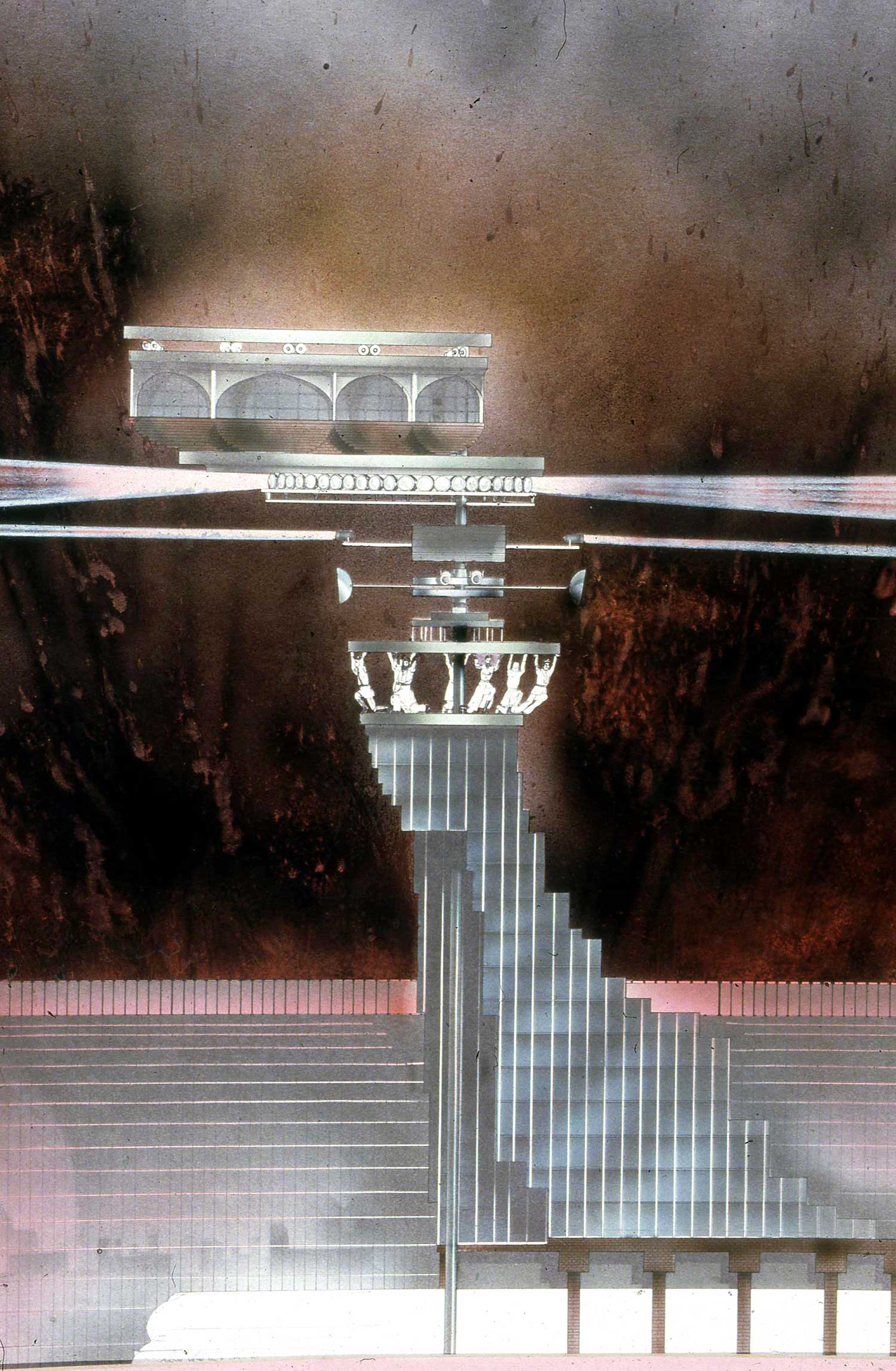 In Peter Cook’s words: “it was as an ace airbrush artist that she became a star… Every project has been turned upside down. She invented machines, she parodied gadgets, she parodied the heroic architectural monument…”  After the AA Jeremie was employed by a number of firms in New York, including the acoustician and recording studio designer John Storyk, before working as a scenic artist in LA, painting sets and backdrops for films. Today Jeremie is based in Phoenix, where she is closely involved in the local arts community, producing powerful large scale murals, performing as a DJ and hosting an investigative news radio show.

With many thanks to Jeremie Bacpac Frank and to Justin Thomas: https://justin-thomas-photography.myshopify.com/