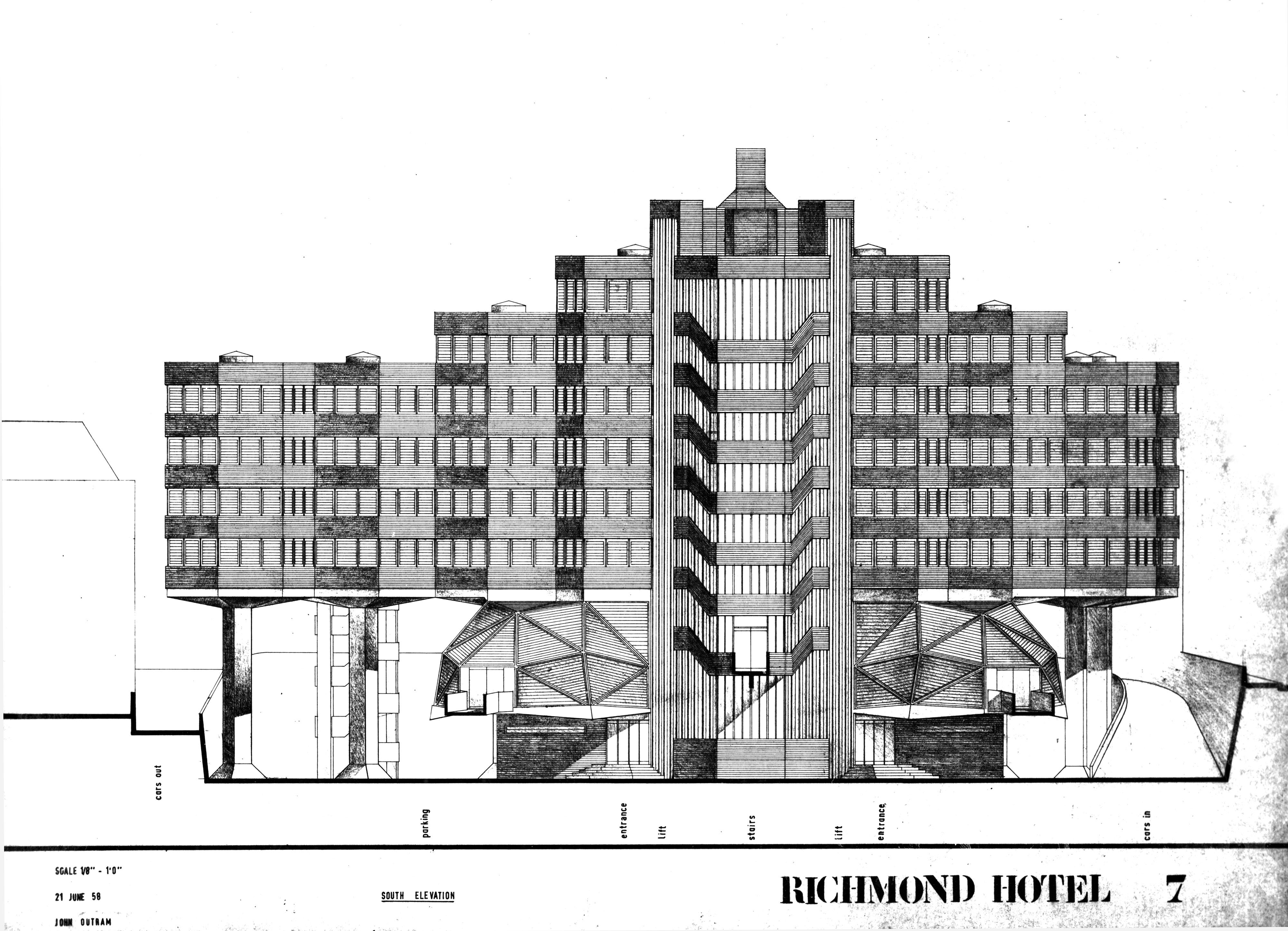 Very little has been written about the influence of John Outram’s student days in the AA of the late 1950s – but his early work, as documented in the AA Archives, reveal a precocious, idiosyncratic brilliance.
The project featured here is his 3rd Year (1958) design for a hotel at Richmond Bridge – his first attempt to design a large building. Writing in 1972, Outram described how he approached the project in a spirit of rigorously empirical functionalism  resulting in a formal hypothesis involving a row of heptagons:

“I discovered that the locus of a string of these [heptagons] followed a gentle curve, a fact which I admit takes a committed empiricist to uncover, and which enabled me to turn the corner at Richmond Bridge… The bedrooms sprout out from structural service trunks and support from their soffit a crinkly canopy of glass that is draped over the public rooms which are themselves suspended from masts over the roadway below. The servant spaces plug into the spinal column of this ‘insect’ like a thorax of vital organs…. Although the actual idea that a building actually moves like a machine or a creature is physically absurd, the idea that a building, representing an institution or community, has an animus, is not… ”

“I remember clearly that at the time I did this building I had a loathing of everything ‘old’, ‘Historical’ references which are of course ‘sui generis’ unavoidable would have repelled me. Neither did I admire any of the Masters of the Modern Movement. Both the mini-Unites’ of Roehampton and the Miesian glaspaper of the early Gollins, Melvin and Ward buildings seemed entirely unconvincing for England… My spirit was at that time profoundly parochial… the spandrel strips were to be of red brick, the rhomboidal columns and slab edges of exposed grey concrete and the windows and roofs of glass louvres and steel tube… When I saw the first photographs of Stirling and Gowan’s Leicester engineering laboratories, I felt a powerful emotion, a recollection of beliefs once passionately held and equally passionately rejected.” 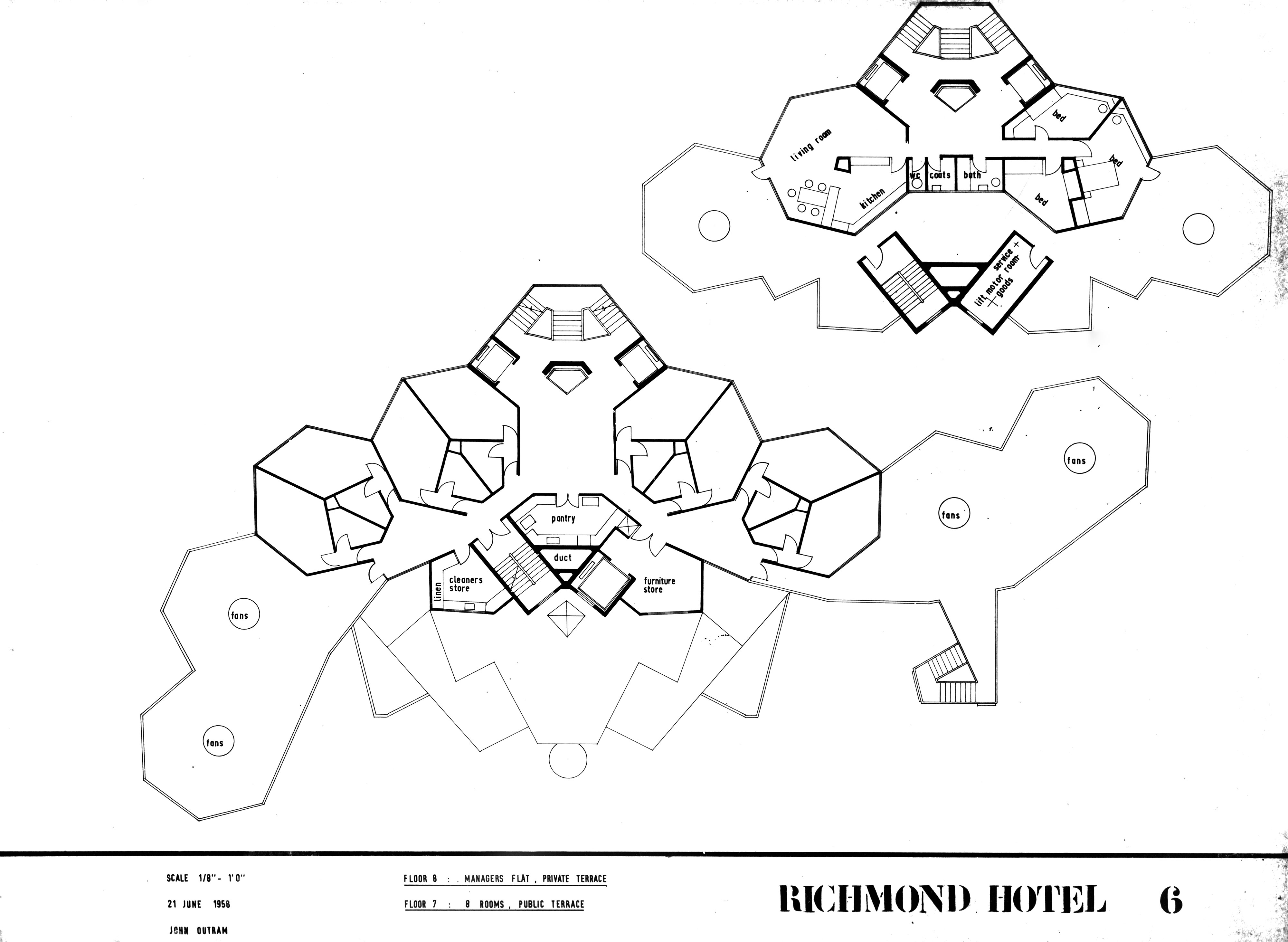 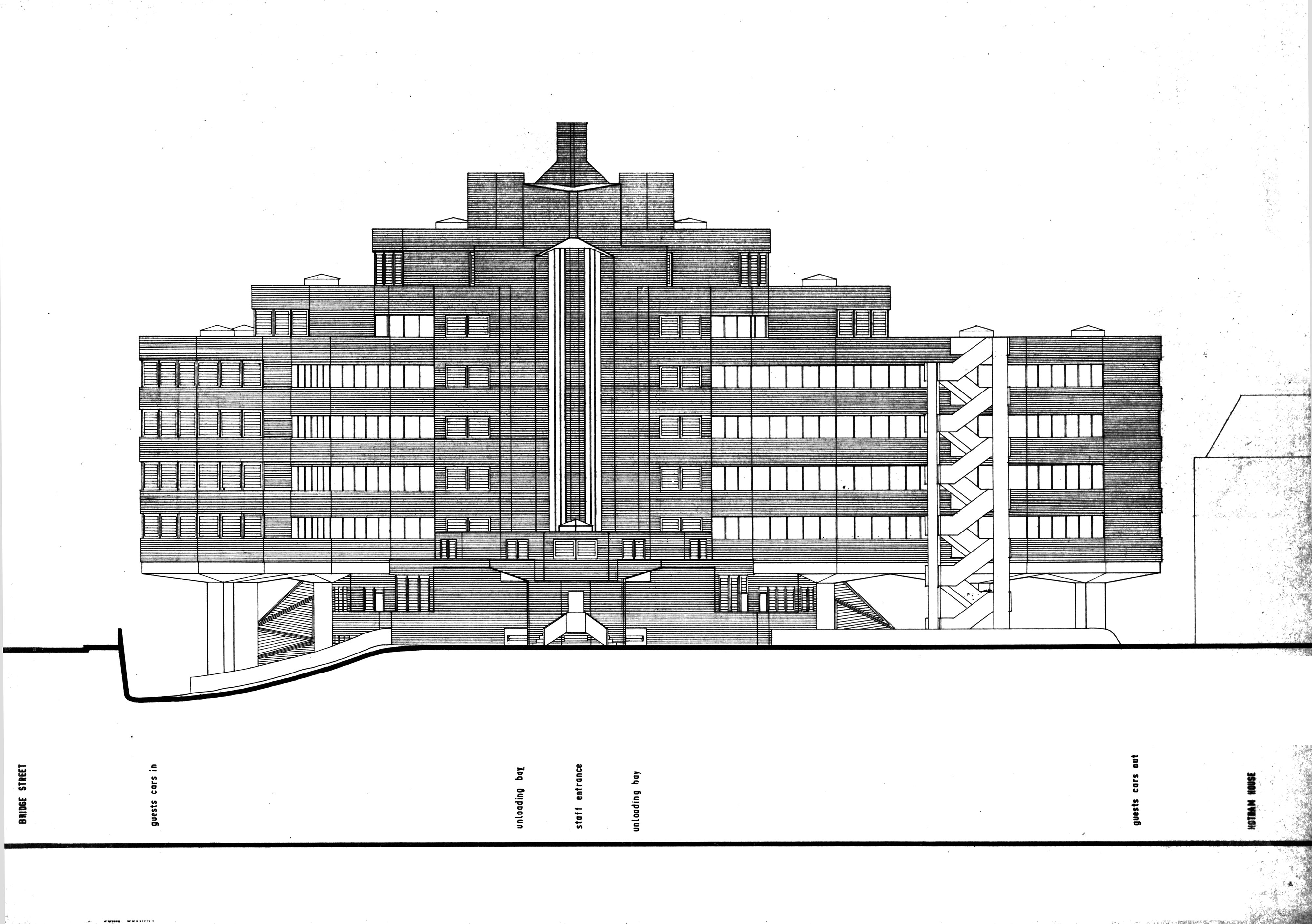 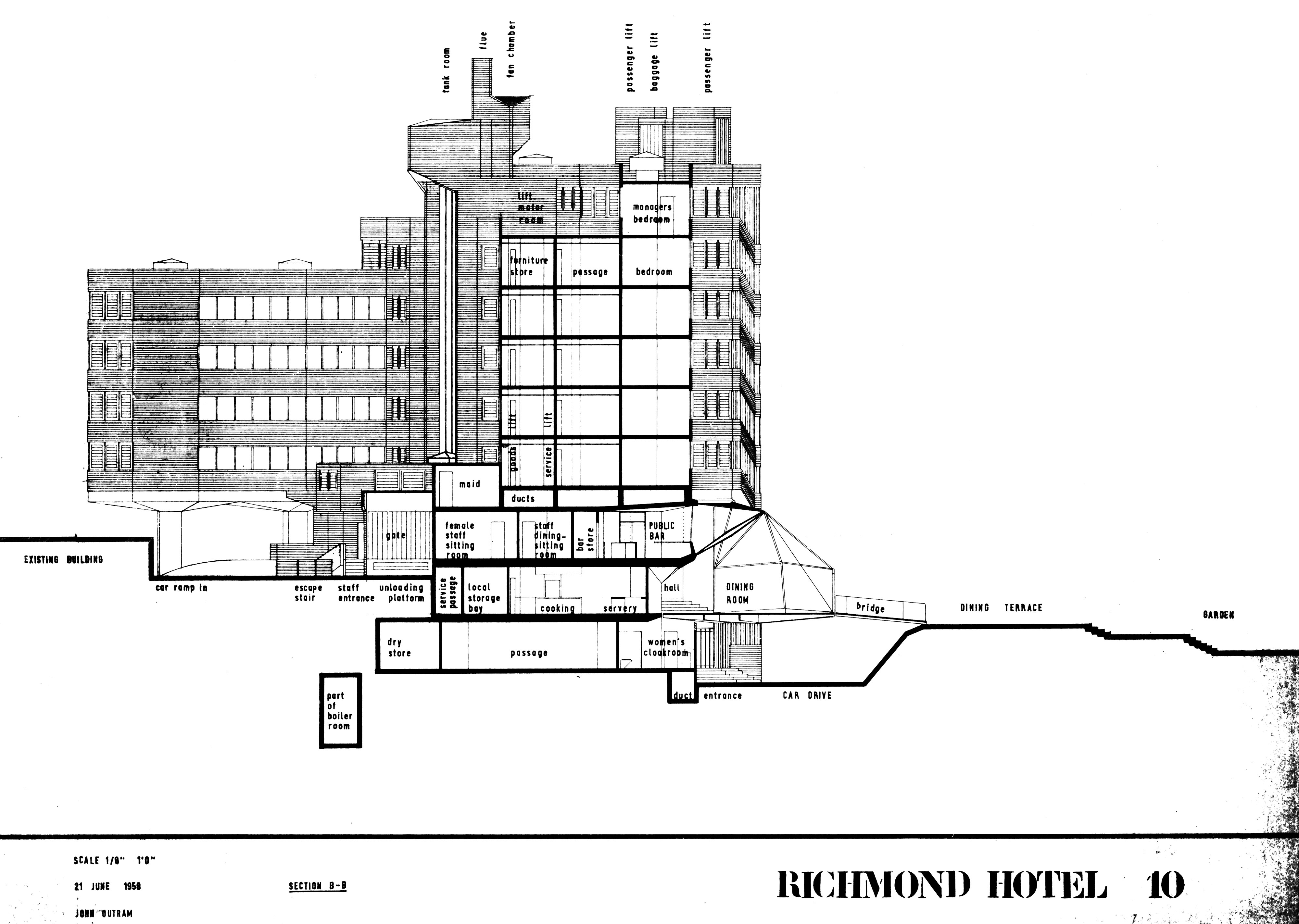 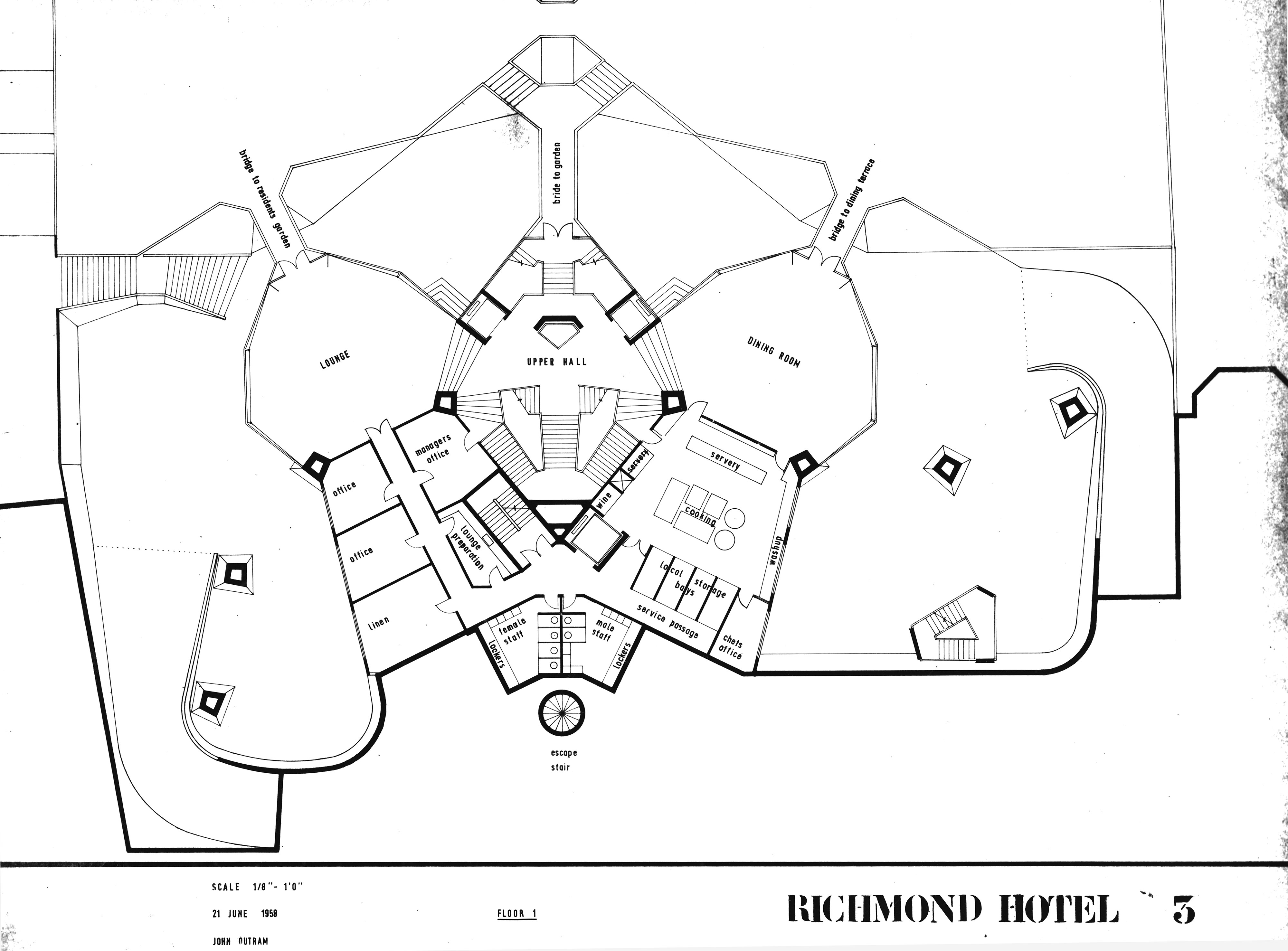 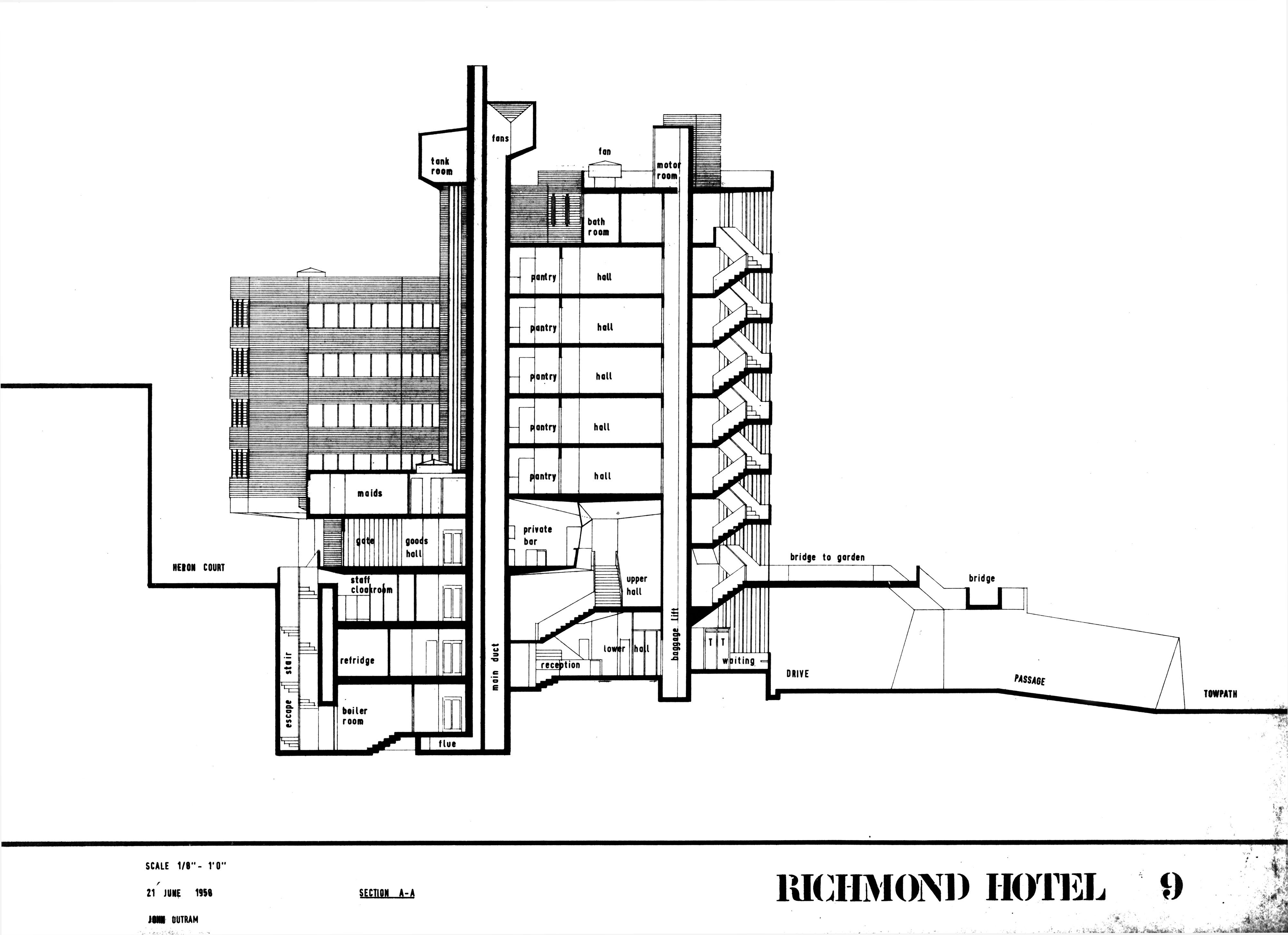