John Voelcker’s archive has been recently donated to the AA Archives. It includes his AA student work, together with important correspondence and documents relating to his early involvement with the MARS Group, with C.I.A.M. and his role at the heart of Team X. 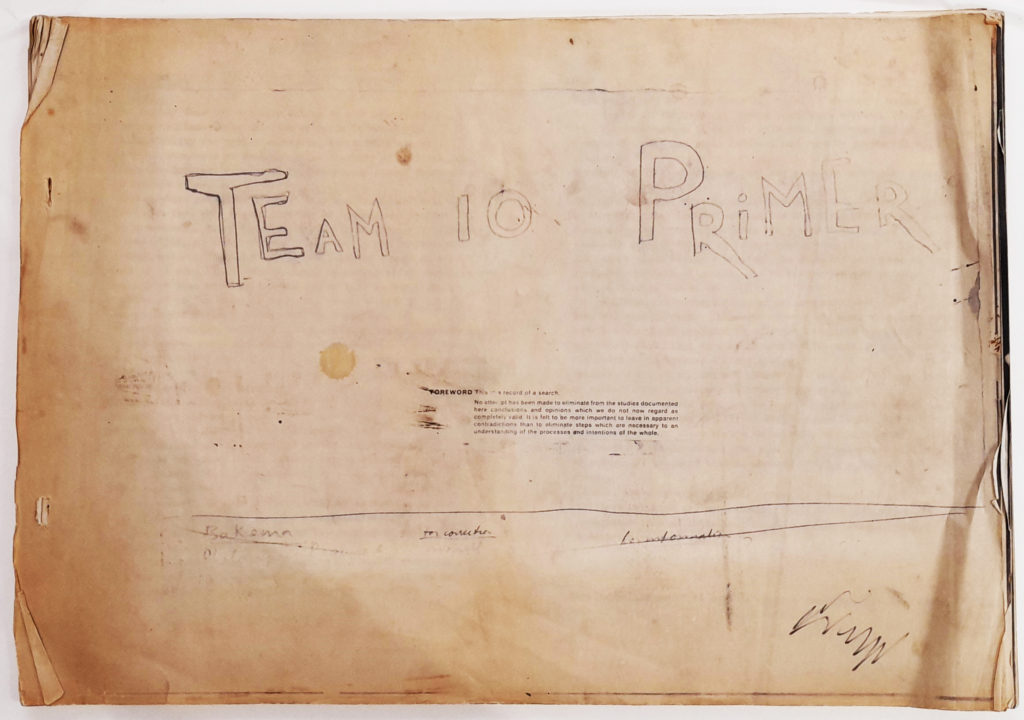 By Amy Finn, Assistant Archivist
“Firstly if one lives near other people it is most important to be able to get away from them.”[1]
These words from a talk about houses and housing given by John Voelcker in 1960 seem to loom up from the page, articulating a tension between the desire for companionship and isolation experienced by many of us throughout the past year and a half.
Voelcker was an architect, intellectual and educator whose career often embodied contradictions. His AA joint thesis ‘Zone,’ undertaken with Pat Crooke and Andrew Derbyshire, is famous as a postwar new town project; as a founder member and integral part of Team X Voelcker was deeply involved in discussions about urbanism; yet he established his own ‘small provincial practice’ in rural Kent, largely concerned with agricultural buildings, conversions and alterations. 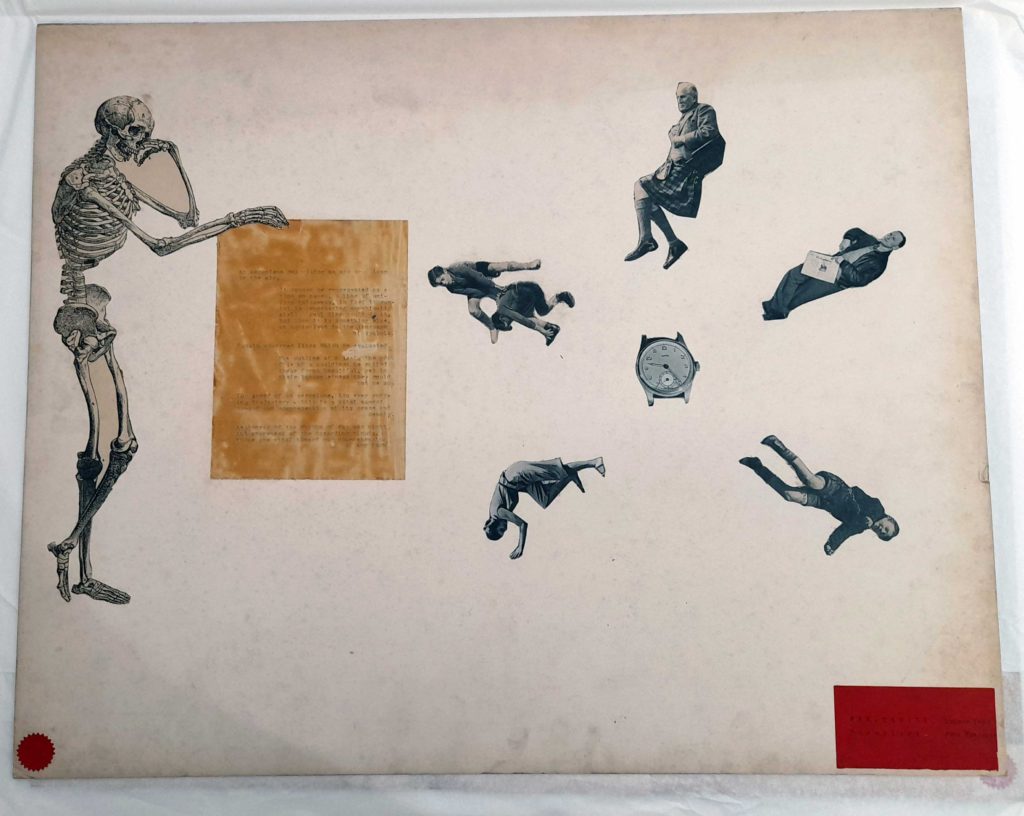 Voelcker’s archive, which has been generously donated to the AA Archives by his son Adam, is currently being catalogued but is already beginning to shed light on some of the many layers of Voelcker. Dating from his 1950 AA pre-thesis, the archive contains correspondence and documents relating to his involvement with the MARS Group and C.I.A.M. and his role at the heart of Team X. The archive is particularly rich in material relating to this period, including a draft copy of the Team X Primer, contributions to meetings and correspondence between fellow group members and friends, including Alison and Peter Smithson, Aldo van Eyck and Jaap Bakema. The archive also contains a number of informal photographs of Team X members at various congresses. 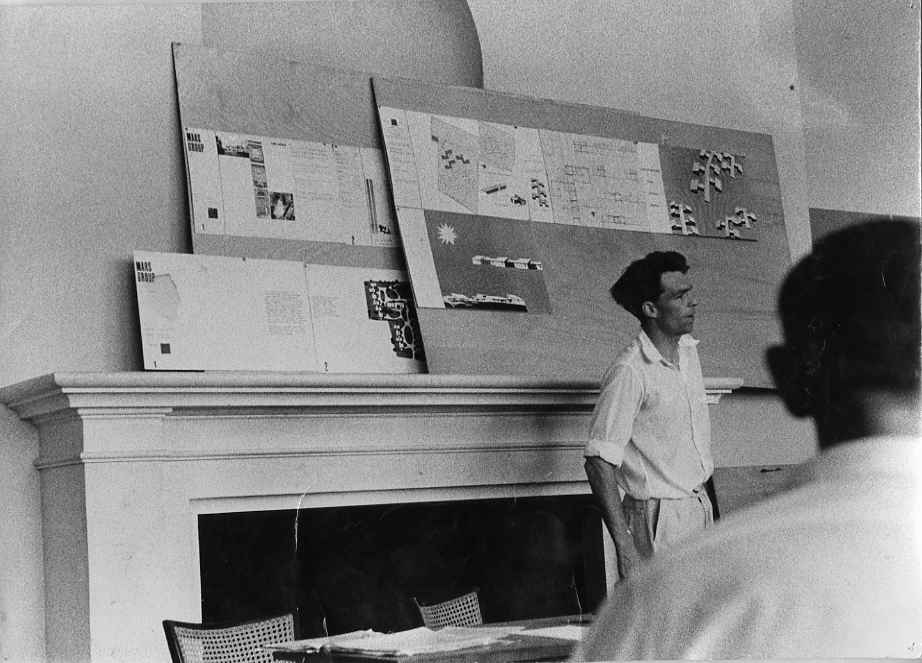 Voelcker returned to the AA to teach, being appointed Director of Senior Studies in 1965. Transcripts of lectures given to the School and Association during this period in which he shared his thoughts about architectural education can be found in the archive, which also includes a draft curriculum for the Diploma School. In 1970 Voelcker accepted a post at the University of Glasgow and was instrumental in designing a curriculum for the newly established Mackintosh School of Architecture. 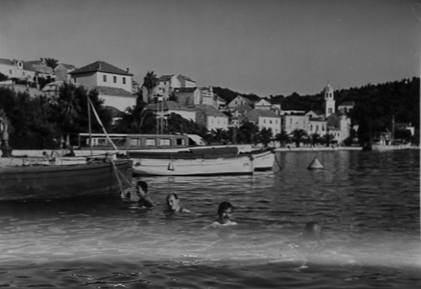 Members of Team X swimming at Cavtat, near Dubrovnik, CIAM 10, 1956

Work on cataloguing the archive is ongoing, but is so far revealing some further insight into a figure who was enmeshed within the intricate network of architects and thinkers who dominated post-war architectural discourse and influenced the pedagogy of the AA. 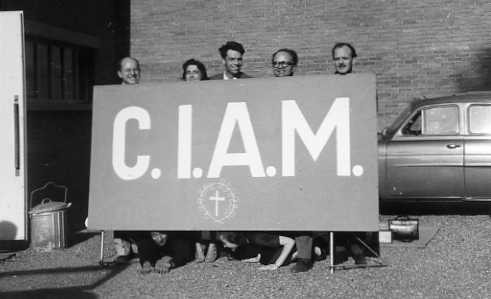