In these days of social distancing and online meetings we look back to a 1968 project by AA students Dolan Conway and Brian Mitchenere which imagines a future communication network where the power of computer systems is harnessed for society and ‘distance becomes no-distance and the electronic wave is the permissive force of our future life...’ 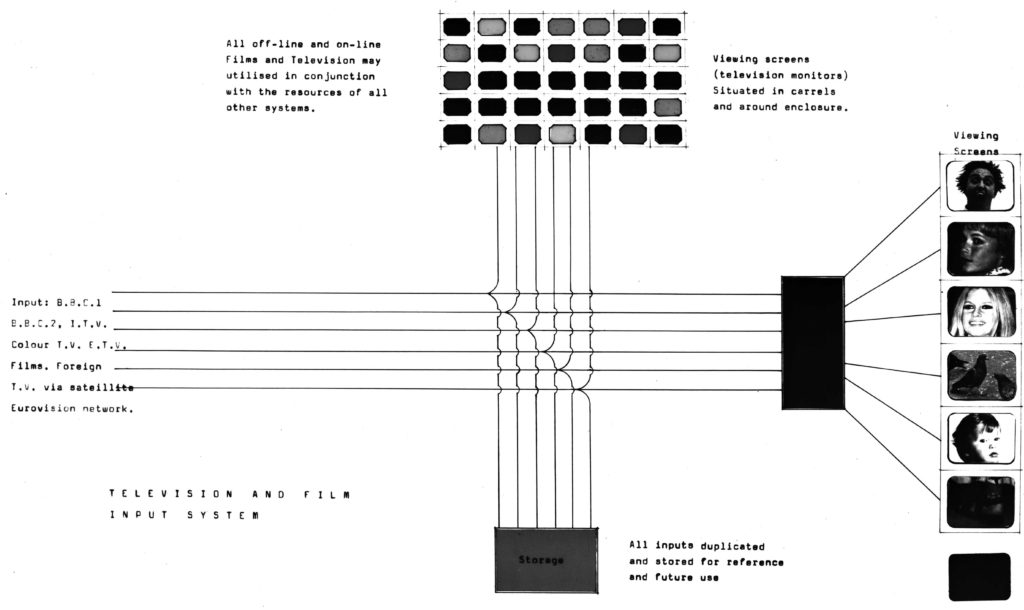 Computer Community, 1968
In these days of social distancing and online meetings we look back to a 1968 project by AA students Dolan Conway and Brian Mitchenere which imagines a communication network where the power of computer systems is harnessed for society – a future where “distance becomes no-distance and the electronic wave is the permissive force of our future life…”
Critical of the UK communications network of the late 60s, Conway and Mitchenere proposed a series of innovations and extensions, including the introduction of ‘mobile time-shared information centres’ and the widespread distribution of hardware – in kiosks and in peoples’ homes. The students noted that in the US over 50 commercial time sharing computer systems, using General Electric and IBM hardware systems, were in use and were inducing novel communication configurations and patterns. Mitchenere and Conway therefore advocated building upon the UK General Post Office computer grid to ‘restructure the communication and information retrieval patterns of communit[ies]…’, declaring that:
“it is necessary to quit employing computers as just rather speedy slide rules and to harness them as coded random access systems. Within one computer and subsidiary machinery lies the potential to provide the narrational and informational needs of a community.”

Clearly influenced by Cedric Price’s National School Plan of 1966, the project also cites contemporaneous educational experiments, including Canada’s ‘University of the Air’ and the North American ‘Inter University Communications Council (Educom)’ – the latter organisation calling for universities to work together to build multimedia research sharing networks. For Conway and Mitchenere, the future direction was clear: “… with the development of programmed learning and computer controlled teaching machines it is envisaged that more students will partake in home lectures, seminars, etc.. within the next 30 years…nearly every householder will be linked to a local and national communications network which will enable them to do the following things: control his central heating while away from the house  by commanding over the telephone; watch children, etc, with the aid of a TV ‘eye’ while out shopping or at a party; shop without moving out of the house with the aid of a computer; pay for commodities through a computer… consult the local library for information though a picture phone… ”

As a teaser for their AA 5th Year Interim Jury, all jurors were sent in advance a 45rpm record produced at a mobile recording kiosk…

Listen to an excerpt… 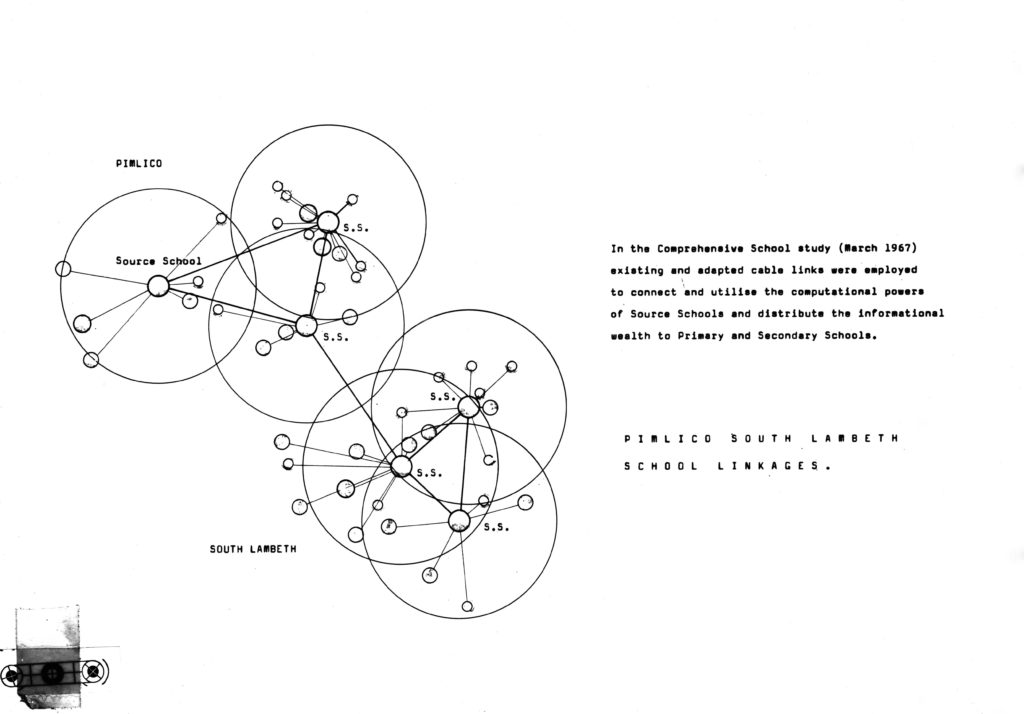 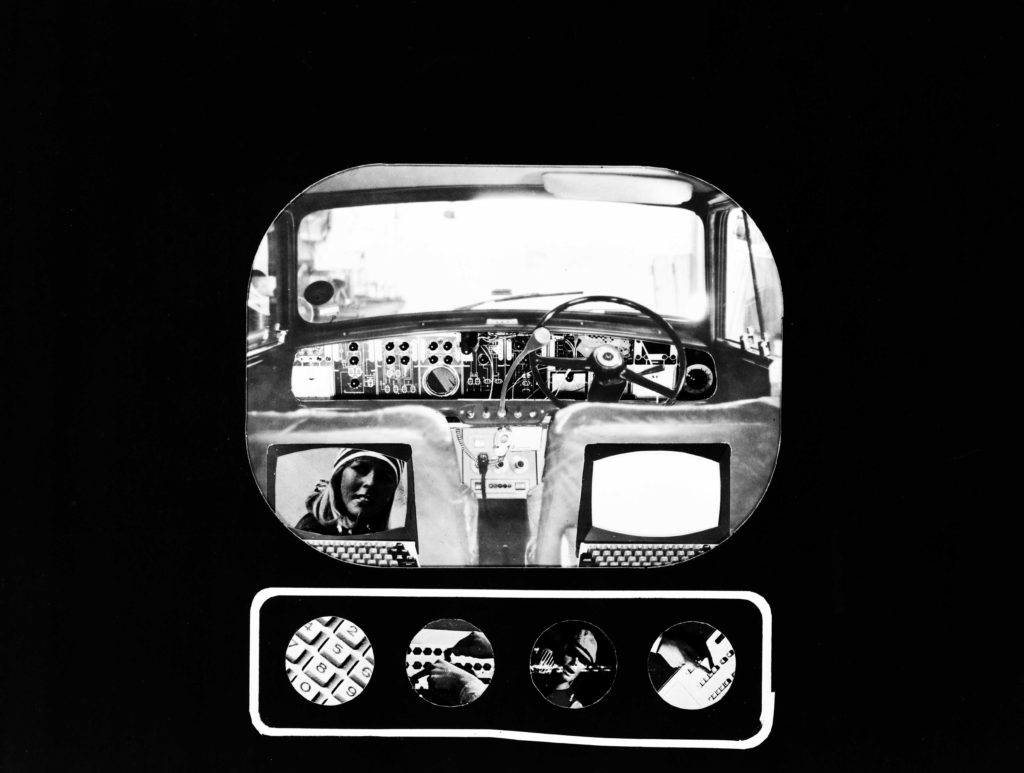 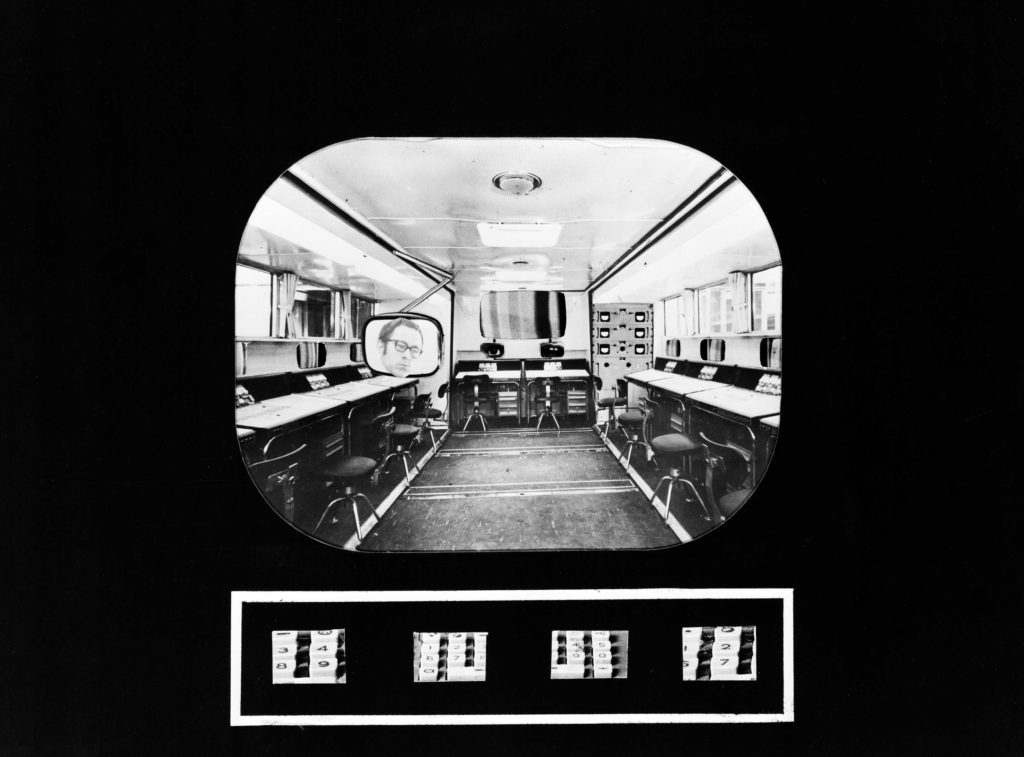 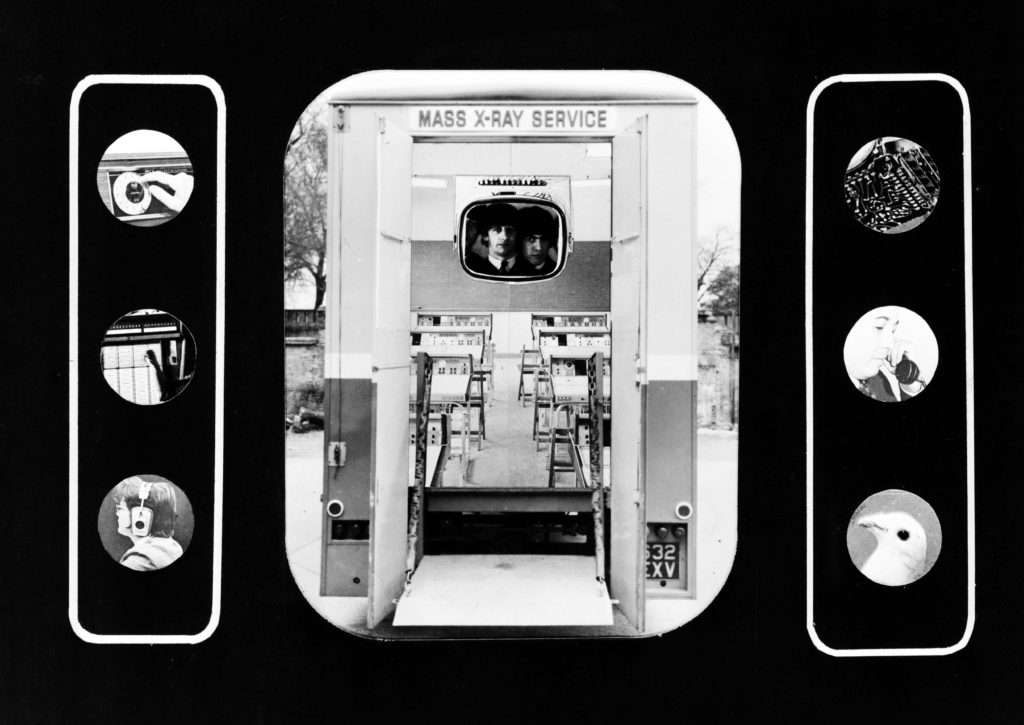 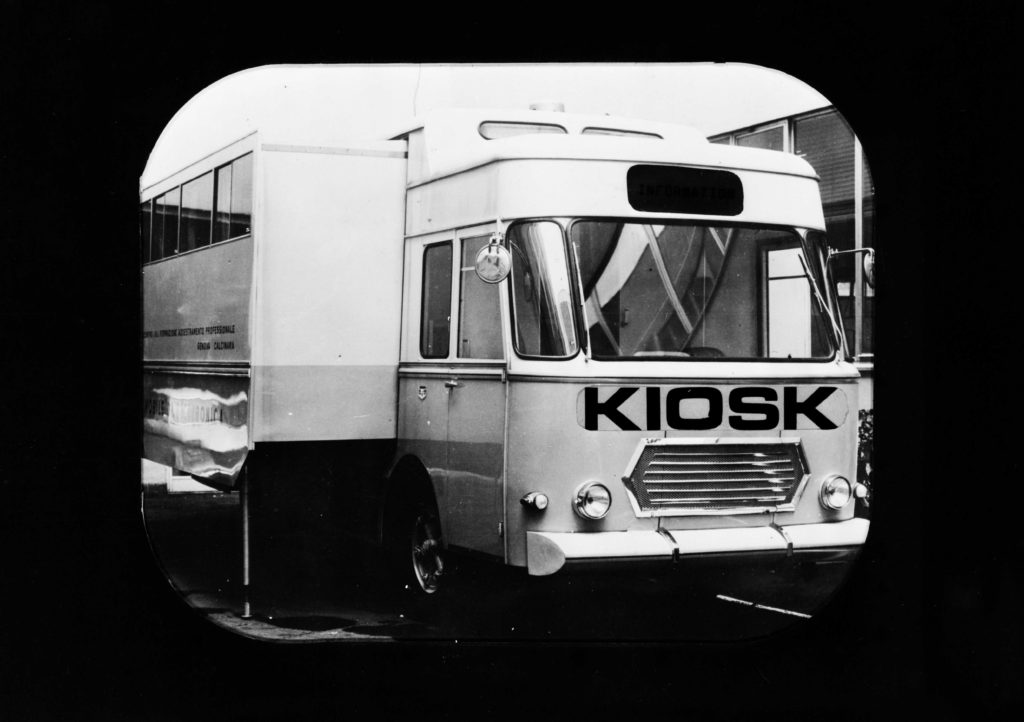