With news that Notre Dame du Raincy is fundraising to restore its bell tower, we highlight T.P. Bennett’s ‘Architectural design in concrete’, published by Ernest Benn in 1927, which features the newly built church... 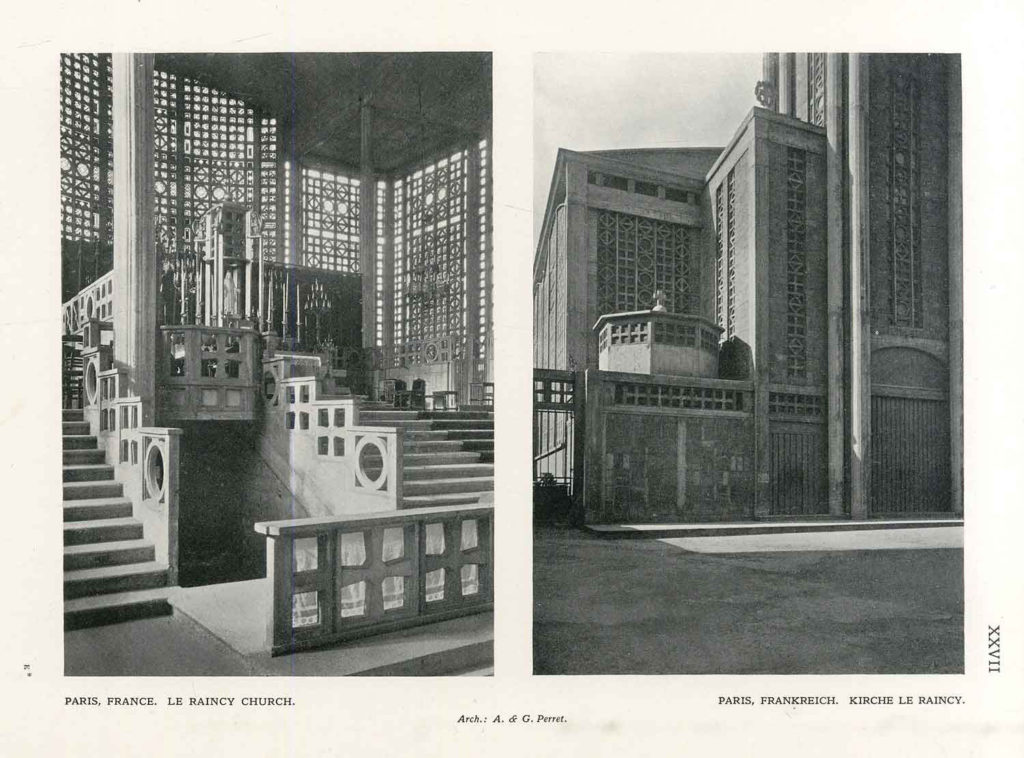 With news that Notre Dame du Raincy is fundraising to restore its bell tower, see https://www.notredameduraincy.fr/,we highlight T.P. Bennett’s ‘Architectural design in concrete’, published by Ernest Benn in 1927, which features the newly built church. This is one of several publications that contains photographs taken by Frank Yerbury, AA Secretary from 1912-30 (in this case, Yerbury compiled the photographs: some are by him, some by other photographers). Thomas P. Bennett was the founder of the architectural practice T.P. Bennett and Son, in 1921, which still continues today.

Henry-Russell Hitchcock in ‘Architecture: nineteenth and twentieth centuries’ (1958)  wrote that: ‘when Perret erected the church of Notre Dame at Le Raincy, concrete came of age as a building material’. The church was built to commemorate those who died in the First World War and commissioned by the local priest, Canon Felix Nègre. He apparently contracted Auguste and Gustave Perret as he had limited financial resources for the building. The building is squeezed into a 70 foot wide site on the main road in Le Raincy, a suburb east of Paris. It was built in a year and consecrated in June 1923. Le Corbusier described the façade of this ‘magnificent church’ as a ‘mask’. Its plain exterior reveals an astonishing colourful interior. The cladding of concrete pre-cast slabs are made up of tessellated geometric shapes, with coloured glass designed by Maurice Denis and executed by Marguerite Huré, giving the impression of medieval tracery from a distance. Everything in the church is made of moulded concrete, from the altar to the font. The concrete was left in its unfinished state, created by not removing the film of mortar that coagulates between the concrete aggregate and timber formwork, giving the church a solidified and textured form. Inside, the nave and aisles are the same height, the barrel vault ceiling supported on 28 slender, unmoulded columns.

Bennett describes the church as ‘an extraordinarily fascinating structure’. He writes that: ‘from the point of view of design its enrichment has been developed by the use of concrete forms employed to produce on the exterior an intensely vertical treatment with large lighting spaces, and in the interior to accept the practical requirements of a church by using the slender supports made possible by the use of reinforced concrete and to fill the spaces between the principal structural members with a lace-like tracery of straight lines, arising from a logical and reasonable use of concrete forms’. 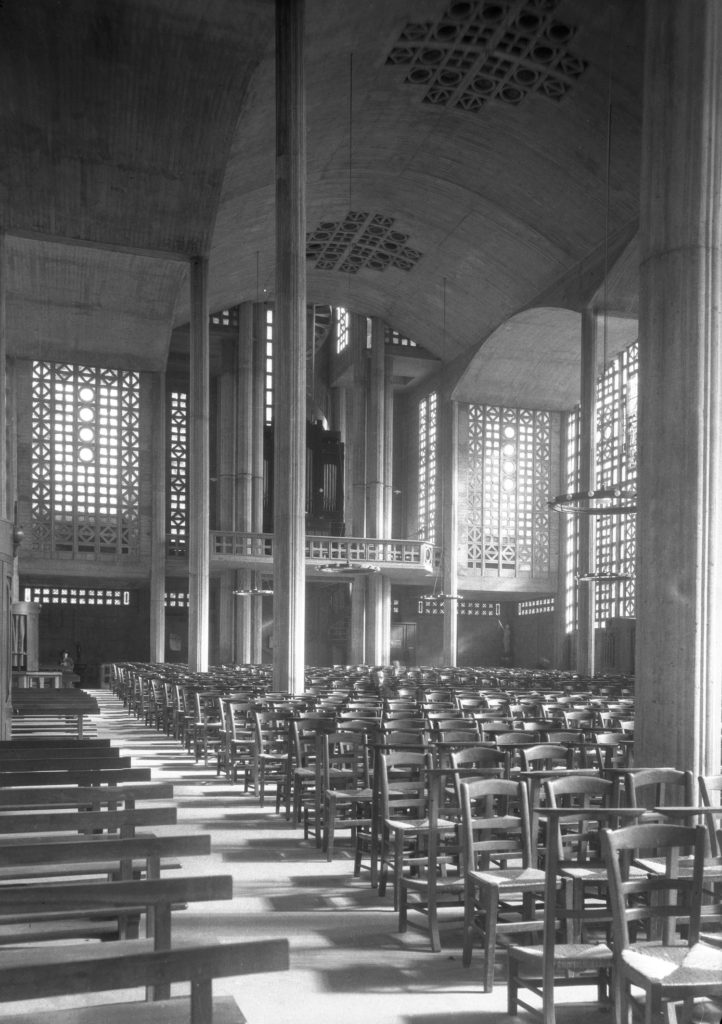 ‘Architectural design in concrete’ includes five black & white photographs by Frank Yerbury (the original prints are held in the AA Archives as part of the Yerbury collection): in one you can see a motor garage and tanker on the left hand side of the church – today, the street seems to have a disproportionate number of motor garages for the size of the town. 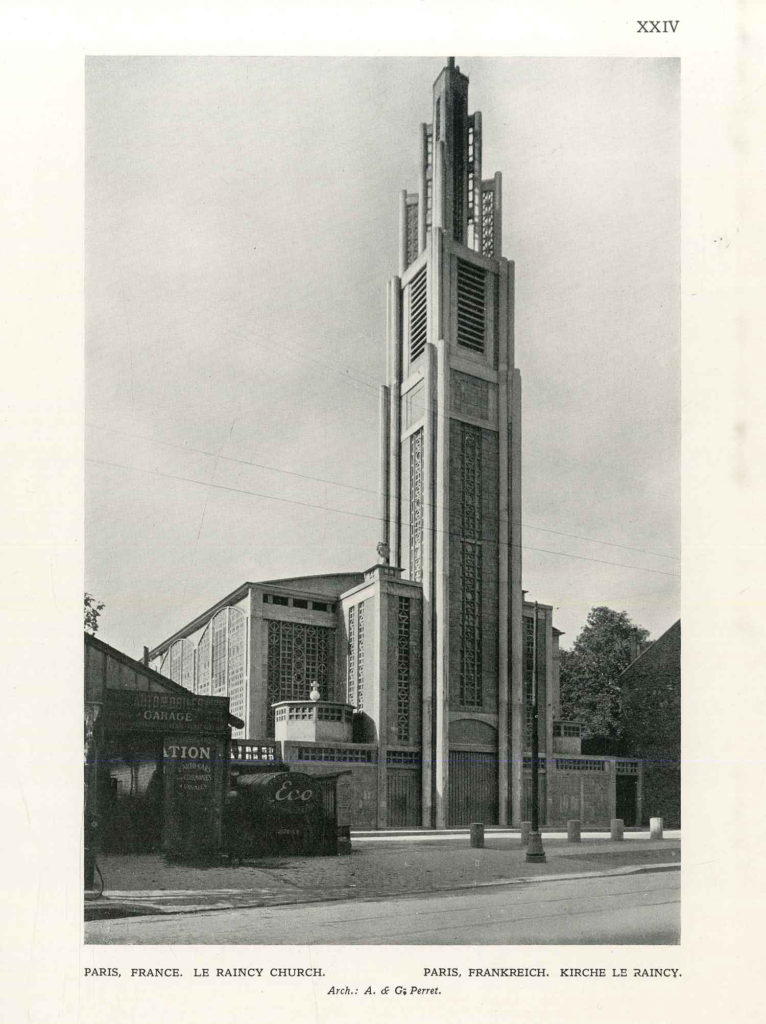