Alex Marshall's 'Gloria': "a society's glorious celebration of itself in its last dance of death..." 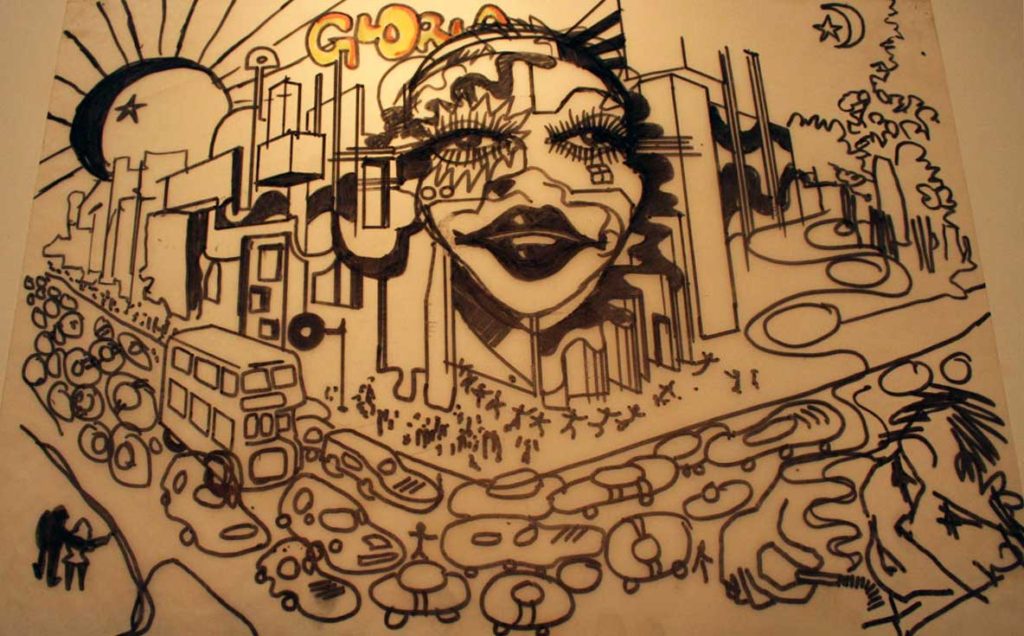 This week, we bring you a legendary set of  AA drawings from Alex Marshall’s 1972 ‘Gloria’ project – a scheme for an entertainment centre at 144 Piccadilly, London (then the site of a notorious 1969 battle between squatters and police).

Marshall’s response to the Hyde Park Corner site was to tightly group activities, including recording studios, coffee bars, restaurants, cinema, an auditorium, a swimming pool, saunas and a hotel, around a vast, dominant, multicoloured, seven-story head… According to Marshall, the complex represented “a society’s glorious celebration of itself in its last dance of death – monumental in contact but anti-monumental in style – she grins, and she’s not built of granite, and the mosaic will probably start peeling off after a few years – at which point she would probably achieve her final consummation and the swan song would be complete” 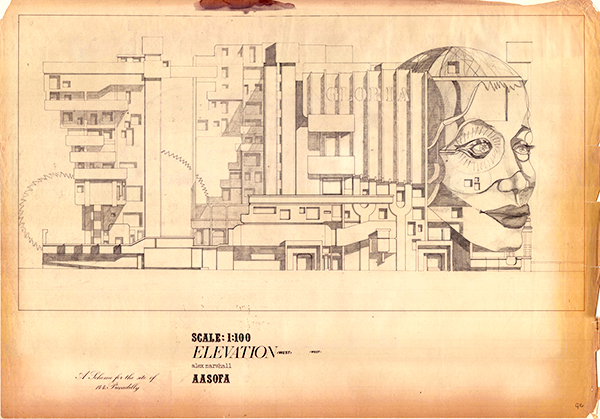 Marshall considered ‘Gloria’ should be “taken ex machina, as a foil to the rational function-justifies-form aesthetic aspired to, and seldom achieved, by a lot of buildings’… [the building is] a freak: she becomes the emotive, Dionysian answer to the platonic – the rationalisation of the spontaneous, and the power lies not in the one or the other, but in the juxtaposition of the two…. The language she employs relies on the emotive quality of the direct symbol, usually reserved strictly for pure art or hamburger stalls. The statement itself is about literal phoniness… The building is clad in imitation gold mosaic, a ‘symbol of phoniness’.” “The Midas touch. Phantasmagoria. A hair line balance beautifully controlled between architecture, action and plan. This doesn’t seem to be a question of deciding to do a building with a mask on the corner, there is a conscious concern with equalising and a wonderful element of doubt about it all, with no attempt to clinch the deal. The face changes from drawing to drawing in some haphazard way that may mean anything in particular…

A surviving idol from some ancient dream, and gold with it. Every element contributes to the whole reaction, but with implied rather than actual response. Self assured, modest, a headlong fluid pace but with the odd pause to take breath, lively and ephemeral… A scheme of this nature requires a terrible vigilance for it not to become cosmetic, grotesque or tedious, but these hazards have been overcome and it has great power…” 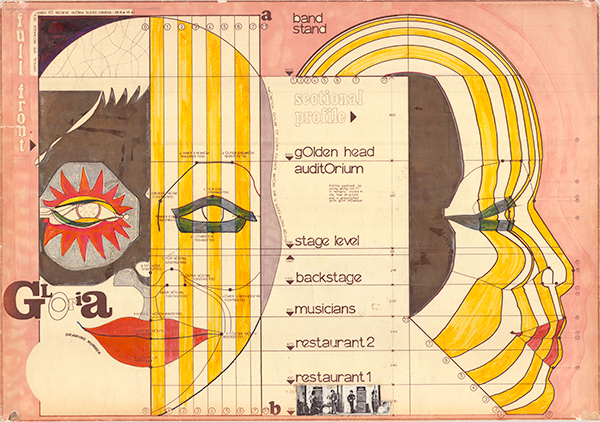 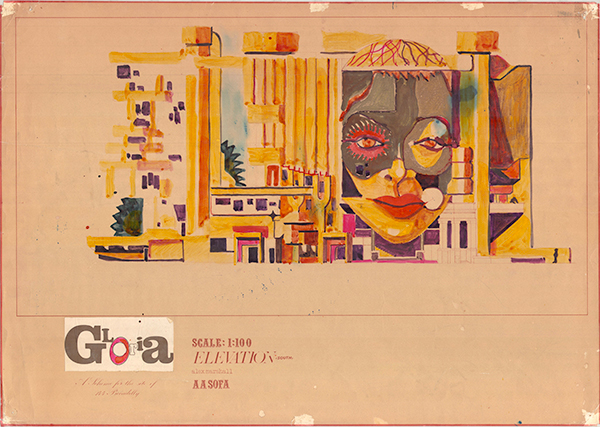 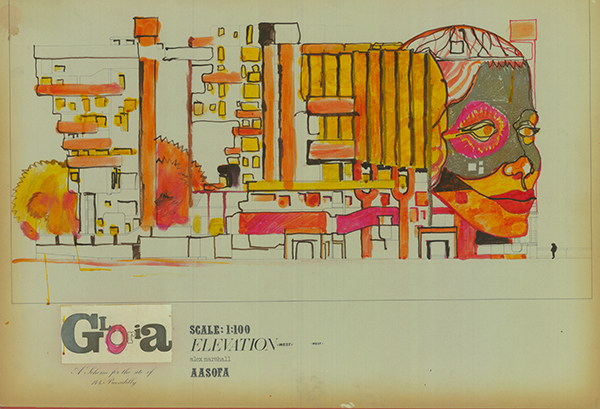